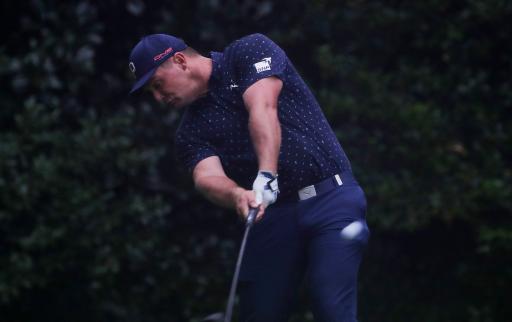 Bryson DeChambeau has taken to social media to show off his brand new Cobra RADSPEED driver, which he claims - obviously - that he has been hitting bombs with during his off-season!

DeChambeau, who currently tops the driving distance charts on the PGA Tour with an average drive of 337.8 yards, posted a video of him in action with the new RADSPEED driver that was unleashed by his manufacturer Cobra Golf on Tuesday afternoon.

Been bombing it with the new @cobragolf RADSPEED Driver . Coming 1.29.21. pic.twitter.com/2HC1N3Wvdb

Bryson has not only been hitting bombs with his driver, but also a tennis racket this week. Check out Bryson in action on the court. He's got a fairly nifty serve on him by all accounts!

WATCH OUR REVIEW OF THE NEW RADSPEED DRIVERS BELOW:

While distance is the number one attribute desired by golfers, it can come in different forms, highlighted in COBRA’s new drivers:

RADSPEED - as used by Bryson - is aimed at faster swingers who want distance through faster ball speeds, low spin and trajectory control

RADSPEED XD is for those who want distance while reducing their slice or creating a draw.

CLICK HERE TO LEARN MORE ABOUT THE NEW COBRA RADSPEED DRIVERS, FAIRWAYS AND HYBRIDS FOR 2021

The new RADSPEED driver is designed with a 460cc traditional shape, and forward-biased Radial Weighting to appeal to the better player seeking low spin, low launch and workability.

By pushing the weight as far forward and as far back as possible, COBRA engineers were able to design a driver capable of providing the fastest ball speed with extreme forgiveness – an engineering feat that has not been achieved until now.

Using a lighter T-Bar Speed Chassis and a thinner Carbon Fiber Wrap Crown, engineers were able to save 13g (7g in the chassis/6g in the carbon) that they could reposition forward to lower the CG and produce more speed.

Two adjustable weights in the front and back (12g & 2g) allow players to fine-tune their desired launch and spin performance.

A final but very notable feature of the new RADSPEED driver is the CNC Milled Infinity Face, which requires about 25 minutes of milling for every single clubface produced.

COBRA’s proprietary CNC milling process is a significant advancement over the traditional hand polishing method and produces thickness and bulge and roll tolerances that are up to five times more precise.

This process ensures consistent performance on every driver, which delivers thinner faces for maximum ball speed and perfect curvatures for forgiveness on off-center hits.