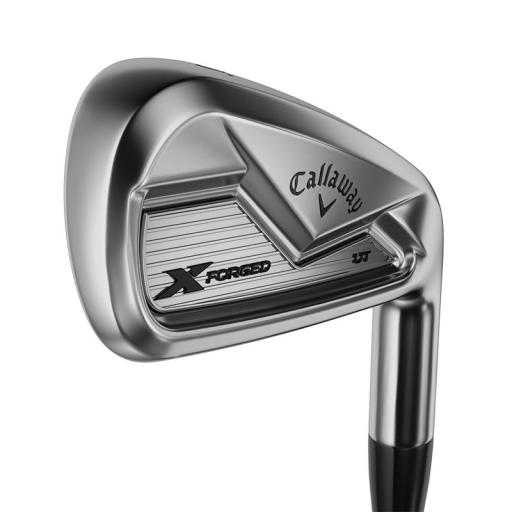 Callaway have a new driving iron for 2018 in the X Forged UT.

Designed for better players seeking a more forgiving longer iron, the product was developed in conjunction with the brand’s Tour players.

The forged head has CG placed directly in line with the centre of the face for maximum ball speeds and a straight, low flight.

A tungsten insert increases MOI, while 360 Face Cup technology increases COR for more help on off centre hits and easier launch. This is further enhanced by a hollow cavity design.

While the X Forged UT irons are designed to offer more help compared to traditional long irons, engineers tried to keep the shape as traditional as possible.

Dr. Alan Hocknell, Senior Vice President, Research and Development at Callaway Golf, said: “Utility irons have become increasingly popular on Tour because they are giving players an injection of confidence to hit the fairway or the green, especially when they need to fit the ball into tight landing areas.

A number of Callaway staffers will play the new iron, including Sergio Garcia.