Dustin Johnson: What's in the bag?

DJ's winning bag as he claimed the Saudi International. 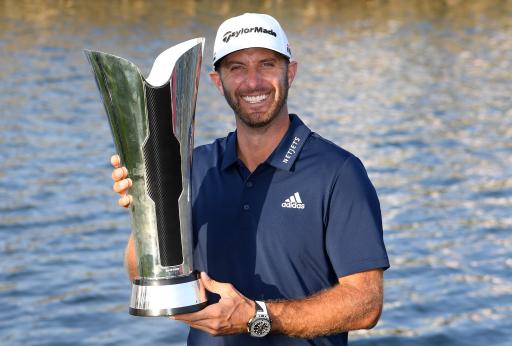 In a tournament that caused controversy worldwide, Dustin Johnson put politics aside and proved why he is one of the best players on the planet, seeing off close competition from Haotong Li to win the Saudi International.

Johnson went into the final round at the Royal Greens Golf & Country Club sharing the lead at 16 under par with fellow TaylorMade colleague Haotong Li, who has been in excellent form as of late.

Li took the lead when he chipped in for birdie on the 9th, with Johnson only able to par, but the Chinese star failed to capitalise. Johnson bounced back with a couple of birdies on the back nine, followed by two bogeys from Li, giving Johnson a three-shot lead with four holes to play.

DJ closed his round with two more birdies on 17 and 18, to shoot a final score of 67 leaving him 19 under par for the tournament. Johnson currently sits 3rd in the Official Golf World Ranking behind Brooks Koepka and Justin Rose.