Englishman to play Srixon/Cleveland clubs on European Tour in 2018 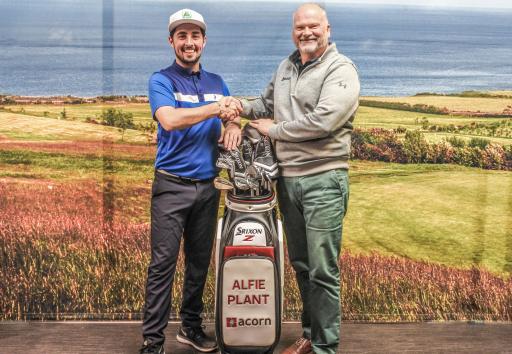 The Englishman will play both Srixon and Cleveland equipment.

“Srixon and Cleveland Golf are two brands I was very familiar with growing up and having taken time to test the equipment there was no question in my mind that their clubs and golf ball were the best fit for my game,” commented Plant.

He has risen in the amateur ranks over recent years, winning the 2016 Lytham Trophy and

2017 European Amateur Championship, earning his a spot in the 2017 Open, where he won the Silver Medal.

After the Walker Cup he turned pro, and will play on the Challenge and European Tour in 2018.

“The company’s commitment to detail is incredible and they've welcomed me with open arms. I can't tell you how exciting it is to be part of the team that includes heroes of mine like, Graeme McDowell, Shane Lowry and Hideki Matsuyama,” added Plant.

In his Srixon/Cleveland bag