Is Justin Rose going to Honma?! Rumours being reported on Golf WRX...

Latest golf equipment rumour is that Rose is heading to Honma per "typically reliable" insider at Golf WRX. 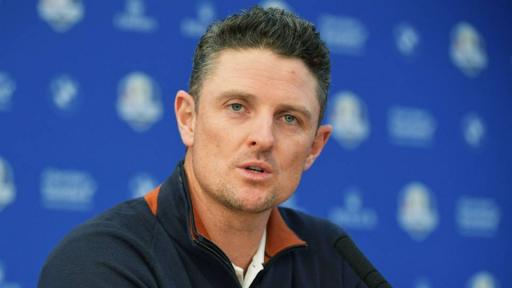 Justin Rose is rumoured to be switching from TaylorMade to Japanese golf equipment brand Honma Golf in 2019, according to a "typically reliable" source from a number of Golf WRX members.

Rose, who recently enjoyed a brief stay as world number one, has officially played TaylorMade equipment ever since 1999.

Looking in the Golf WRX forum thread - over multiple pages - and the Rose rumour was first spoken about by the site's member GolfChannel on September 20.

"Hoping this isn’t old news, but I heard from someone typically reliable on insider info when it comes to club contracts, that Justin Rose has signed a deal with Honma," he wrote. "Silly season or crazier s*** has happened?"

Then other Golf WRX members quickly chimed in.

Mallrat said: "A teaching pro at our club is on staff with Honma and told me the same thing on Weds. He said it is because of TM’s old president or something who is now running Honma USA."

That was followed by hogan1, who wrote: "Heard the same today from a European Challenge Tour player. That Rose has signed a 13 club agreement with Honma."

Daniel32293 then wrote: "A source of mine in TM told me that Rose isn't the only Englishman joining Honma... an equipment free agent from last year will be joining him.

Honma Golf was founded in 1959, with its clubs produced in the brand's Sakata Plant in Japan. Honma's clubs are carefully handmade one-by-one by their staff of more than 400 skilled craftsmen over a number of different processes.

Golf equipment rumours typically come to light at this time of the season, so let's just hold our horses until any official comment comes through from TaylorMade and Honma Golf. Nevertheless, it does appear a strong rumour that will likely continue to intensify over the coming weeks. Watch this space.