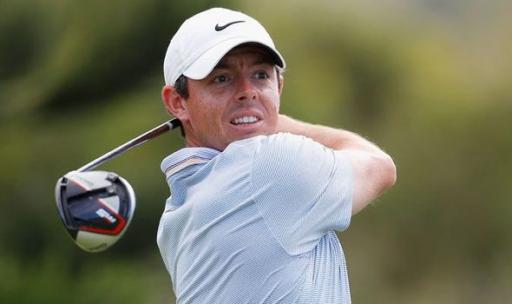 Rory McIlroy, Dustin Johnson and Jon Rahm immediately put the new TaylorMade M5 driver in play at the Tournament of Champions at Kapalua last week, as a result of each player seeing HUGE improvements in their driving.

According to initial reports from TaylorMade reps, McIlroy - who finished tied fourth alongside Johnson on 15-under par in Hawaii - saw an immediate improvement in his new M5 driver (switching from 8.5 to 9 degrees) when it came to forgiveness off the tee.

"The driver was spinning a little less and launching a little higher so we could go to a little more loft, which is making it more forgiving for him,” Keith Sbarbaro, TaylorMade’s VP of Tour Operations, told Jonathan Wall at Golf.com.

"He’s actually able to hit a hold cut shot that he didn’t really have with last year’s driver."

McIlroy has also stuck the new M6 fairway wood in the bag, as well as TaylorMade's new Spider putter that we'll have more information on for you very soon.

"Believe it or not, he felt like he was a little down last year. But now he’s back to 185-186 [miles per hour]. We haven’t really seen those numbers in a couple of years."

And while Rahm may have only finished tied eighth at Kapalua on Sunday, he did fire a round of 59 during a recent practice round with the M5 driver in play for just the second time.

TaylorMade reps claim he has added up to seven yards of carry with the driver.