We asked 500 golfers how often they clean their golf clubs...

We noted some STAGGERING stats in our latest poll about cleaning golf clubs... 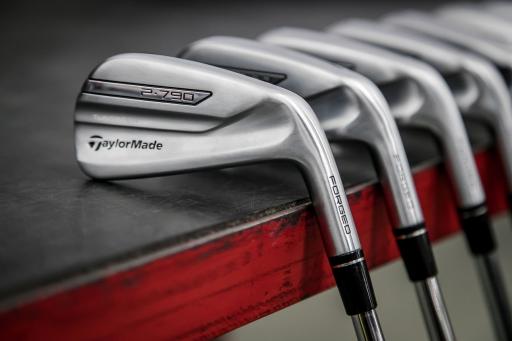 How often do YOU clean your golf clubs? GolfMagic posed the question to 500 amateur golfers recently, offering four possible answers - and the results were quite frankly staggering!

Following a recent article we published about the importance of cleaning your golf clubs in order to contribute to lower scores in the process, we asked 500 golfers if they cleaned their clubs every round, every few rounds, once every six months or once a year to hardly ever.

Given a full bag of new bats will set you apart something in the region of four figures, we would like to think the serious golfers among you are cleaning your clubs after every shot let alone round, or at least every few weeks to get the most out of your grooves.

Let's be honest, you don't go a full year without cleaning your car. Well, at least we hope not.

According to PGA professional Adam Glass, of De Vere Wokefield Estate Golf Club, clean grooves in the wedges in particular will be paramount to lower scores.

RELATED: WE ASKED 500 GOLFERS WHAT ANNOYS THEM THE MOST ON THE GOLF COURSE...

"I would clean wedges constantly between every shot," said Adam.

"Spin comes from friction, speed and loft. You need a dry clubface too, as any form of moisture will reduce spin significantly so it's important to use a towel to dry the face after practice swings this time of the year.

"For instance, grass which contains moisture has the potential to reduce spin as much as 3000 RPM with a 40mph clubhead speed when using a 56-degree wedge if it gets trapped between the ball and the club."

With that in mind, our latest poll results proved very interesting indeed...

HOW OFTEN DO GOLFMAGIC READERS CLEAN THEIR GOLF CLUBS?

We surveyed 500 golfers, and the survey said...

DURING OR AFTER EVERY ROUND:

AFTER EVERY FEW ROUNDS:

ONCE A YEAR TO HARDLY EVER:

Of what we would like to consider the serious golfer category, one of our readers said: "After every shot and a deep clean after every round... they are my pride and joy after all."

Another golfer commented: "I once bathed with mine!"

One of our readers even goes above and beyond.

"After every shot," he said. "Then when I get home, I put them in lukewarm water and wipe them with a cloth as I want to keep the grooves clean. I then give the shafts a wipe down as well with a damp cloth. With a dry towel, I then wipe them all down before going back in the bag."

Of those that clean their clubs once after every few rounds, one of our readers explained: "Before having a kid it was definitely once a month. That's probably changed slightly since having a kid though!"

Another golfer said: "They're golf clubs, they're supposed to be dirty. I'm no Paul Casey."

"I probably clean them every few rounds, but I'll always take a towel out there with me and keep on top of it if they get really muddy," said another one of our readers.

Another golfer commented: "Twice a year I would say when I switch them from my summer bag to my winter bag and back!"

"I'm not serious enough about my golf to be cleaning them all the time to be honest," said another golfer. "I don't play enough and I'm not good enough to warrant cleaning them each round."

Of the category that cleans their clubs once a year to rarely ever, one of our readers said: "Are you meant to even clean them?!"

Other readers said: "No need, rain in Scotland does that for you!" and "I only clean them when I come to sell them!"

One particularly shocking comment read: "Never. That is someone else's job!"

HOW SHOULD YOU GO ABOUT CLEANING YOUR CLUBS?

STEP 1 - PLASTIC BUCKET, FILL WITH LUKEWARM WATER AND A DROP OF WASHING UP LIQUID, THEN DIP CLUBS IN ONE BY ONE. WE RECOMMEND YOU DON'T SUBMERGE THEM, JUST DIP THEM IN GENTLY.

STEP 2 - USE AN OLD TOOTHBRUSH / ANYTHING WITH BRISTLES, OR A SHARP TEE, AND REMOVE THE DIRT FROM THE GROOVES OF THE CLUBS