Francesco Laporta hits the front at the BMW PGA Championship

Laporta goes in search of his maiden European Tour title at Wentworth, as the race for European Ryder Cup places hot up with 18 holes to play. 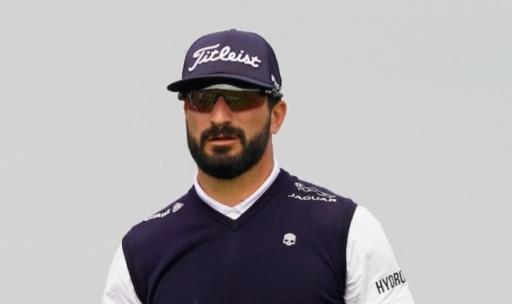 Italy's Francesco Laporta moved into a one-shot lead on day three at the BMW PGA Championship at Wentworth, on a day when Bernd Wiesberger moved into an automatic spot in the European Ryder Cup side.

Laporta, 30, carded a solid 3-under 69 to move to 14-under par for the tournament and one shot clear of home favourite Laurie Canter (70), who is also going in search of his maiden European Tour title.

Scott's birdie at 18 shuffled Lowry out of the automatic spots, and brought Lee Westwood, who lies at 5-under par, back into the team as it stands.

Here's a look at the current automatics in the European Ryder Cup team, according to stats guru @Nosferatu:

'Live' @RyderCupEurope update after Round #3.
(in BOLD are those who would qualify)

2nd day in a row Shane gets bumped off at the very end... #BMWPGA pic.twitter.com/98xr03YkPl

It would now appear that Wiesberger will definitely lock up his spot in the side, bar a final-round collapse on Sunday, and Lowry and Westwood will now fight out the final automatic spot in the team.

Justin Rose, another player who will likely be reliant on a wildcard pick, could only manage a 72 to lie 9-under par for the tournament.

Ian Poulter, who missed the halfway cut, and Sergio Garcia are reportedly two players to have been assured of a pick in the European Ryder Cup side.