There was mostly a positive reaction on Twitter, with many calling for the PGA Tour to do something similar. 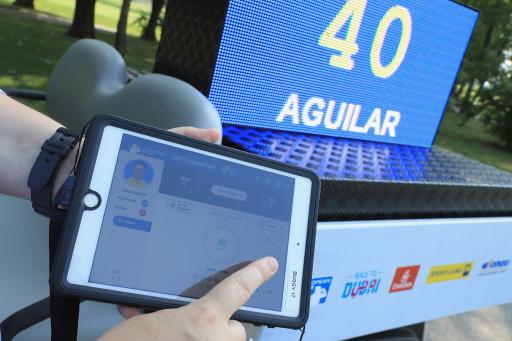 The European Tour’s Shot Clock Masters - designed as an antidote to the ever increasing time it takes professionals to play - has garnered a mostly positive reaction from the world of golf.

Many European fans are wearing it as a badge of honour, pointing to the PGA Tour and suggesting they too need such an innovation to reverse the current trend. We aren't holding our breath.

The idea was to have a shot clock, allowing golfers playing first 50 seconds and those second 40 seconds to hit. Fail, and a shot penalty is incurred.

Finland's Mikko Korhonen came through a weak field to win on -16.

Shot clock masters looks to be another success for everyone @EuropeanTour , been a good run of new and innovative ideas since Mr pelley arrived

Keegan Bradley’s pre-shot routine in all its glory Sunday at #TheMemorial.

If Bradley was playing on the European Tour at the Shot Clock Masters this week, he’d have 40 seconds to hit his tee shot on par-4s or have one stroke added to his score. pic.twitter.com/20xn0Bzjdu

The shot clock used on the European Tour this week should be hastily dispatched to Roland Garros. Rafa Nadal is the Patrick Cantlay of the terre battue.

One has to admire some of the innovations that have been executed successfully by the @EuropeanTour over the last number of years. Golf Sixes, Shot Clock and the Rolex series. Breaking with tradition and being bold has reaped dividends. Bravo.

#ShotClockMasters Kudos to European Tour for experimenting with Shot Clock. There were a few glitches of course but given the challenges(logistical/technical/human), non consequential. Was hoping Golf Channel would go behind the scenes to show more details, procedures and appeals

Finally a quick round of golf on a Thursday...just shows with a bit of pressure it can be done. Just over 4 hours for 18 holes and still waited for roughly 15mins in total. All for the Shot Clock #getonwithit #ShotClockMasters @EuropeanTour pic.twitter.com/r08XmnqKC3

Having an actual shot clock on course might not be the future, but you can't deny its effect #shotclockmasters @EuropeanTour pic.twitter.com/aBlbgO3Qyp

Loving this shot clock deal on the @EuropeanTour. Amazing how fast rounds go when players play within the rules. And guys are still playing great golf. Shocking!! ....wish we had something like this on the @PGATOUR

Wish the @PGATOUR would consider this, the @EuropeanTour is using a shot clock for this weeks event pic.twitter.com/2tVSCL1ctm

Good for the @EuropeanTour for giving the shot clock a go! I get they are playing for tons of money but slow play is ridiculous and bad for the game. Play fast and fun.

Just sat listening to Keith Pelley of the European Tour
talking about the shot clock tournament in Austria . What a breath of fresh air he has bought to the tour since taking over .

I absolutely love the Shot Clock at the @EuropeanTour. Hurry up people! Everybody in the field should be held to same pace of play standard

Golfing friends - European tour experimenting this week with a timed 30 second shot clock in the "Shot Clock Masters." Average round is one hour less than the European Tour average. Are you watching PGA tour and Major League Baseball?

Kudos to the European Tour. This week's format is great. Each player is on a shot clock every shot. Over time is a one-stroke penalty. Today no one was penalized, the scores were better than in previous years and the pace of play sped up by an hour. Are you listening, @PGATOUR ?