Justin Rose on his Ryder Cup snub: There was a WEIRD feeling that Sunday

"I was discovering I'd dug myself a hole deeper than I realised and I'm not going to lie, I was gutted." 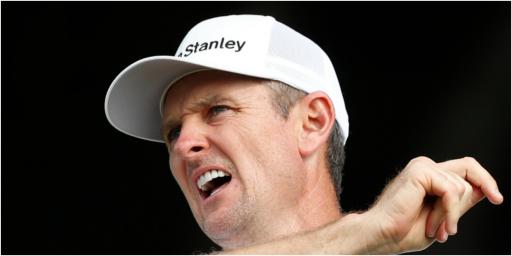 Justin Rose has spoken of the moment it dawned on him Padraig Harrington wasn't going to select him for the Ryder Cup.

In an exclusive interview with the Telegraph's James Corrigan, Rose revealed that he thought he had done enough to get picked.

He made an eagle up the iconic 18th at the Wentworth Club to finish at 16-under par and a tie for sixth as Billy Horschel won the BMW PGA Championship.

But despite coming into some kind of form at the right time, Rose said something odd struck him about the atmosphere in the players' lounge.

"When I walked off that last hole I felt good about things, but I quickly got the vibe it wasn't so good," he told the paper.

"There was a weird atmosphere on that Sunday afternoon. In the players' lounge, all the vice captains were around Padraig and yeah, I got a bit of a strange feeling.

"I was discovering I'd dug myself a hole deeper than I realised and I'm not going to lie, I was gutted.

"It was interesting, maybe I could have done more in that final run of tournaments but it was a slightly awkward time for me as well in terms of not playing [the European Masters] and in Italy.

"I'd won the Payne Steward award and as I didn't I could turn down his family with such a big honour, I had to travel back to the States."

In hindsight it is easy to suggest Rose's omission would have made little difference.

The United States' side of young juggernauts raced away to an emphatic 19-9 victory.

Although a huge blunder with the golf balls made Harrington rip up his pairings a matter of hours before their matches were due to start.

"It was difficult to know what to do. But the two events in which I participated in the month leading up to the picks - in the Northern Trust and the PGA Championship - I played well and could have won both. So I don't know," Rose added.

"I felt like I was rounding into form and I'd done what I needed to do. Clearly, I'd loved to have played my way in automatically but my goal leading up to it was to be playing well.

"There's one thing being picked but the second part is you need to win points. And that's what I was preparing myself for. We'll never know now but it was a hard team to make in the end.

"Padraig definitely had clear ideas on what he wanted and it is what it is. It is just another lesson to me that when you put yourself in other's people's hands you can't control the outcome. My history with selection confirms that.

NEXT PAGE: WHAT IS JON RAHM'S NET WORTH?

NEXT PAGE: WHEN WILL SCOTTIE SCHEFFLER GET HIS FIRST WIN?