Jayden Schaper on his World No.1 dream and idolising Rory McIlroy

EXCLUSIVE: South African golfer tipped for big things in the sport talks to GolfMagic during lockdown... 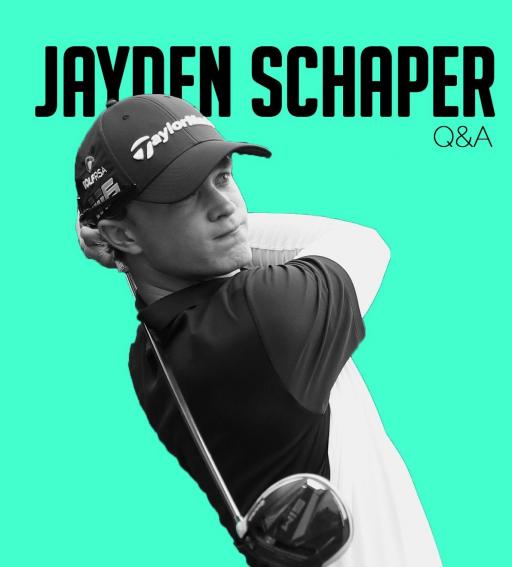 Fresh off an incredible amateur career, it was very easy to see why both TaylorMade and Niall Horan's Modest Golf management company were quick to snap up the services of rising star Jayden Schaper when he turned professional earlier this year.

South Africa's Schaper, 19, rose to global prominence in January when, as an amateur, he secured an eye-catching tie for sixth at the South African Open in Johannesburg - a result that marked the best amateur finish in the tournament since four-time major champion Ernie Els in 1989.

However, to those that have been following the talented teenager’s career through the amateur ranks, his 13-under par tournament total when pitted against some of the European Tour's biggest stars would not have proven a huge surprise.

A serial winner at junior level back home, Schaper was the No.1 South African amateur prior to turning professional.

Working alongside coach Grant Veenstra, his consistent, high-quality performances twice earned him selection to the Junior International Presidents Cup team, while in 2019 - a year that saw Rory McIlroy lift the Players Championship - Schaper triumphed in the Junior equivalent at TPC Sawgrass.

In what would prove to be his final year as an amateur, Schaper was also victorious at the prestigious South African Amateur Stroke Play competition.

Now in the professional ranks, frustratingly having to wait to get back out on the course during the coronavirus lockdown, Schaper spoke to GolfMagic about his lofty goals for the future, idolosing Rory McIlroy, why he was always intent on joining both TaylorMade and Modest Golf, and why he wants to do his bit to help grow the game...

Challenge Tour and @modestgolfofficial golfer @schaper15 talks lockdown, Call of Duty, and aiming for World No.1...

How are you keeping busy during lockdown?

My dad and I built a net down by the garage. It's just one way to keep the golf practice in. We've also got a chipping area and putting green downstairs down by the pool, so we do some drills down there. Then obviously we throw a bit of PlayStation in there with my mates with lots of War Zone and Call Of Duty online to keep things fun.

How did it feel to finish in the Top 10 at the European Tour's South African Open in front of your home fans earlier this year?

It was really cool. Obviously having the home crowd following and supporting me, and being my first SA Open, having a finish like that in a tournament like that is really amazing and really special. I also had my family out there supporting me, all my mates from school, and so many others supporting me. It was probably one of the best experiences I've had and something I will never forget.

What was it like to win the 2019 Junior Players at TPC Sawgrass where you beat some standout US college players?

It was really special, and it just kind of kickstarted everything at the end of last year and the start of this year. A lot of great results then came after that win. Every time you go over there to the States and play in a tournament like that, it was actually my third time playing there, and there was such a strong field out there. Every person in the field is there to win and to compete, so obviously being able to win a tournament like that against a strong American field is pretty good.

You have won titles around the world in your amateur career, but how different is the professional circuit?

Having a good amateur career, especially winning the 2019 Junior Players Championship and having a good finish in the SA Open as an amateur, going into the professional circuit, yeah there was a bit of a difference. Obviously now you're playing for money, and everyone else you're up against is playing for money too, so it's a lot more competitive now it's all for real. I tried my best to look at it the same as any other tournament and taking the same approach. Obviously it's a bit different but the competition is definitely 100 times tougher.

How far do you believe you can in the sport?

What's it like working with the guys at Modest Golf?

Working with the Modest guys is great, they bring a lot of fun to the table. There is a reason I chose them. Obviously they have a lot of young talent, and I loved what they were doing with their players. They were very friendly. Meeting Mark McDonnell at the British Masters last year, they were just so fun. Obviously I'm still new and just starting out, but it's always nice to have a phone call with them and catch up. They are just such a good team, and one of the best teams I've ever worked with. They always put you first.

Up next, it's time to work on your shot shaping with @schaper15... More #StayatHome Golf Tips with @modestgolfofficial to follow!

Who is your golfing idol?

It's been Rory McIlroy for a very long time now. I have based my game off of him, whether it's his work in the gym, his golf swing, or his mindset on and off the golf course. Rory is the guy I look up to. He's obviously the World No.1 golfer and a lot of people look up to him, but I've followed him for a very long time and he's my golfing idol.

How do you feel about golf tournaments going ahead without fans during coronavirus?

I just want to get out there on the golf course. Obviously this is a tough time for everyone. It's not going to be the same without the fans, but for me having just turned professional, I haven't played too many tournaments with the fans out there. It's always nice to have fans out there supporting you, but I just want to start competing again.

What is your No.1 tip for any aspiring young golfer?

Have you ever had a hole-in-one?

I've had two hole-in-ones. The first one came pretty late, it only came two years ago when I was 17 and my dad was following me. I actually didn't see the ball go in the hole. It was a 4-iron, it was like half 7 in the morning, and we were playing matchplay. It was 200 and something metres away, up the hill and the pin was tucked back left. I hit it, the ball pitched on the green and I didn't know it had gone in until I saw my dad up on the hill going mad. Then the second one came last year in an amateur event. We were playing 36 holes. It definitely helped me get the win, but yeah I've only had two and hopefully there are a few more to come.

What's the best thing about being a Tour professional?

The best thing is obviously that I'm out here representing TaylorMade. I've loved the brand from the word go, and being out here and getting the chance to represent the brand I love is the biggest reason. Growing up and looking at all these guys like Tiger Woods, and even now with Rickie Fowler and Rory McIlroy, to go out there and see all the kids walking up to you and wanting autographs, I definitely find a lot of that stuff inspiring. There is a lot of support out there, and we have a great opportunity to grow the game further.

Stay tuned for more exclusive content from Jayden Schaper on GolfMagic this week, as the South African talks us through the TaylorMade clubs in his bag, on top of revealing his best golf fitness tips to keep your game sharp. We also have an exciting competition for you and one mate to win some TaylorMade goodies.