10 standout bets at the PGA Championship

Standout bets at this week's PGA Championship, away from the outright market... 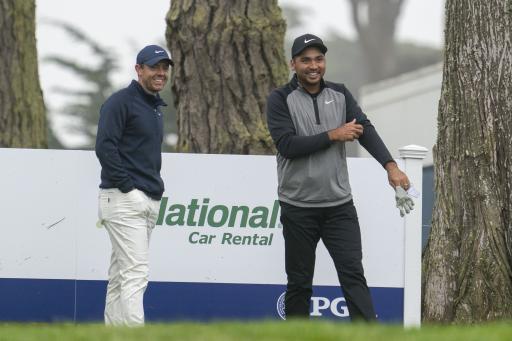 It might seem like an impossible task to pick the winner of this week's PGA Championship, certainly before the gun goes on Thursday afternoon, but there are a number of other markets away from the outright betting to get involved in at some tasty prices.

GolfMagic takes a closer look at 10 cracking bets ahead of this week's PGA Championship, across a number of different markets. Take a look below and see which ones you fancy the most...

That might look a short price, but Jon Rahm should fancy his chances around a beastly track that is going to play incredibly long all week, especially in the cooler San Francisco conditions that are expected right through to Sunday. As we say, it's a short price but when you consider an out-of-form Rory McIlroy is also 4/1, it looks a fairly decent price, especially after his victory two weeks ago at the Memorial Tournament. Let's face it, Rahm is typically there or thereabouts for a tournament come Sunday, too. He is one of the most consistent players out there.

Yes, it's hard to pick one winner let alone the first two players, especially in a major, but the way these two men played last week at TPC Southwind, you certainly expect them to both be in contention for the Wanamaker Trophy come Sunday. It just looks a crazy price given the form they both showed last week, and let's face it, they both love a PGA Championship. You can get Brooks Koepka to finish first and Justin Thomas to finish second, or the other way round if you prefer, both at 90/1. Got to be worth a couple of coins at least?

We love a little 72-hole match bet here at GolfMagic, and this one leaps off the page given the recent form of Jason Day following three consecutive top-10 finishes on the PGA Tour. While we respect the quality of Hideki Matsuyama, the Japanese star has not really contended for a tournament since golf's return and he also missed the cut at the Memorial Tournament two weeks ago. Short odds, but I guess that's what you get in a what is essentially a coin-toss bet.

GolfMagic's Jack and Alex reveal their best bets for PGA Championship glory in the video below...

Another short price, but this one looks a nice price given he is only up against Sepp Straka (7/4) and Bernd Wiesberger (2/1). Schwab finished tied third at the Barracuda Championship on the PGA Tour last week, while Wiesberger finished well down the field at the WGC-FedEx St Jude Invitational. Straka did not play last week but finished tied 18th in his last start at the 3M Open. We like the form player of the trio, and that is Schwab in this mini market.

Aside from a blip in the final round last week, Byeong-Hun An played some tremendous golf at the WGC-FedEx St Jude Invitational last week, and he looks a very nice price to finish top of this 11-man market, especially given an out-of-form Matsuyama heads the betting at 9/5. Sungjae Im could look a big price at 7/2, but again, he has not really looked the same player since golf's return in May. The rest of this market does not appeal to us, so An looks great value given the form he showed over three rounds last week.

A short price, but we don't expect to see a hole-in-one all week here - certainly not when you consider the length of some of these par-3 holes with the 8th measuring some 250 yards. Let's just say we would rather take the 4/6 on there to be no hole-in-one than the 11/10 on there to be at least one hole-in-one.

Another bet involving Day, but we are only worried about a returning Adam Scott  in this market of seven Australian players teeing it up here. Scott is available at 2/1, which could look a big price if he has been practising hard during the lockdown, but we are prepared to side with the three consecutive top-10 finishes from Day heading into this one, and 7/4 could look a fantastic price come Sunday. Marc Leishman offers some value at 3/1, but he has not been in much form to speak of lately.

We would love to see some low scores this week, but we fancy they will be few and far between on what promises to be a tough week of scoring with the juicy rough, length of the course and speed of the greens. We don't expect to see anything lower than a 5-under 65 this week, so 13/5 looks a decent price in that regard. If you do fancy some lower scores then you can get 13/10 on the lowest score to be exactly 64, and 6/4 for anything 63 and under.

Daniel Berger is currently one of the hottest players on the PGA Tour with six top-10 finishes in his last seven starts. When it comes to this particular market, we like the 6/1 on offer given Berger has finished fifth or better in five of those tournaments. Okay this incredible run of form has to end at some point, and this week is going to be tough with its major examination paper, but the American is thriving at present and we think he will continue to put up another bold show in his bid for a maiden major.

A small market here with just four Canadian players in the field with Corey Conners leading the betting at 6/4. Adam Hadwin is available at 2/1, with Mackenzie Hughes at 7/2 and Nick Taylor at 4/1. We like the chances of Hughes in this one, especially after his impressive tied sixth at the Memorial Tournament two weeks ago. That tournament played like a major for much of the weekend, with juicy rough and lightning fast greens, so we think Hughes will be primed for a decent week at TPC Harding Park. The current form of the other three Canadians is speculative, so we'll take Hughes in this four-man market.