Shane Lowry is well on his way to winning the 2019 Open, but did you know these 10 things about him? 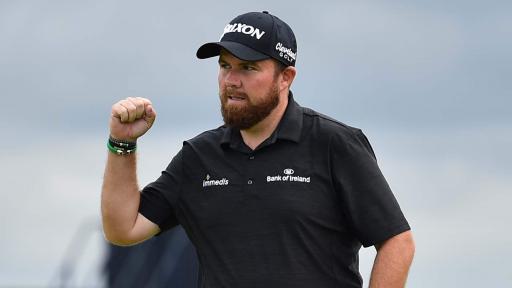 Shane Lowry is conquering the links of Royal Portrush and looks well on his way to becoming the 2019 Open Champion. Fans have been roaring him on every step of the way, with their cheers echoing around the town of Portrush. He might not be Northern Irish, but the fans are treating him like a local lad and if Lowry goes on to lift the Claret Jug, there won't be a dry eye in the house.

Shane Lowry has looked more than comfortable since he first tee'd off on Thursday and is now in an incredible position to win his first major.

Born in Mullingar, Ireland, Lowry is being treated like a local hero at Royal Portrush. Every putt he sinks, the crowd erupts as if he's just won the Claret Jug.

Lowry certainly wasn't one of the favourites to win the Open this year, in fact he was nowhere close to the favourites. The likes of Rory McIlroy and Brooks Koepka were the hot favourites to lift the Claret Jug, but McIlroy failed to make the cut, while Koepka's chances of winning his fifth major are quickly fading.

As the rain starts to fall on this miserable Sunday afternoon at Royal Portrush, Lowry continues to impress as he is paired with Tommy Fleetwood in the final group of the day.

Six shots currently separates Lowry and Fleetwood, but who knows what could happen on the back nine, as the weather is due to cause some problems.

Can Lowry become the 148th Open Champion? Take a look at these ten facts about the Irishman and get to know him better.

1. Lowry's father, Brendan, was a highly successful Gaelic football player. He won the All-Ireland Championship in 1982, with County Offaly.

3. It took Lowry just two years of golf before he had a single figure handicap at the age of 15.

4. In 2009, Lowry won the Irish Open at County Louth as an amateur. He was just the third amateur to win on the European Tour and no amateur has won since then. The tournament went to a thrilling playoff with Robert Rock and with the Irish crowd nehind him, Lowry beat Rock at just 22 years of age. Lowry missed out on the €500,000 prize due to being an amateur, but if he is to win the Open, he'll take home £1.56 million.

5. Golf is not Lowry's only passion, he also loves Gaelic football, rugby, hurling and football.

6. In 2012, Lowry won his second European Tour title at the Portugal Masters. He has also won the 2015 WGC-Bridgestone Invitational and most recently, his fourth win at the 2019 Abu Dhabi Championship.

8. His highest finish at a major championship (before this year's Open) came at the 2016 U.S Open at Oakmont. Lowry held a four stroke lead heading into the final round, before finishing six over par in his final round, to finish three shots behind the winner Dustin Johnson in T2.

9. He married his wife Wendy in 2016 and the two had a daughter a year later.