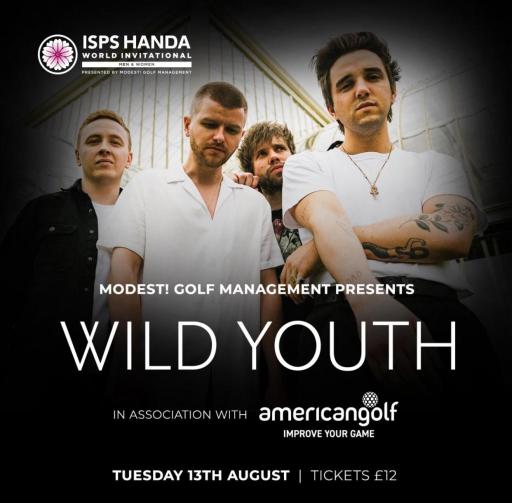 Europe’s largest golf retailer, American Golf, is delighted to announce its partnership with Niall Horan's new ISPS Handa World Invitational that will see it named as official retail partner for the event and official sponsor of the 2019 ISPS Handa Players Party.

We caught up with Niall Horan recently to learn more about the new tournament, and also more about his own golf game. Watch the video below...

The ISPS Handa World Invitational, presented by Horan's Modest Golf company, takes place at Galgorm Spa & Golf Resort and Massereene Golf Club from August 15-18, and will see men and women tee it up alongside each other with an equal prize fund – a first for a European event.

In addition to the action on the course, the week-long festival of golf will include live music concerts and many other family attractions that will make this one of the most inclusive events on the golfing calendar, something that particularly appealed to American Golf.

“We’re very excited to be part of an event that is challenging the norm and breaking down barriers to the sport,” said American Golf Brand Manager Will Sturgess.

“We want to help drive a progressive approach to the game that appeals to all sections of society so we’re delighted to support this event and the fantastic work of Modest! Golf in putting it together.”

In the lead up to the event American Golf will be ramping up the excitement levels with various exclusive promotions for its customers. And come tournament week American Golf will feature extensively inside the ropes and lead the celebrations for what promises to be an unforgettable 2019 ISPS Handa Players Party.

Upon agreeing the partnership with American Golf Niall Horan Director of Modest! Golf Management commented on how pleased they were to be working with a partner that shares their values on developing the game.

"We are delighted that global retail partner American Golf have come on board for the ISPS Handa World Invitational," said Horan.

"From the minute we met the team at American Golf it was obvious they believed in everything we are trying to achieve with this tournament and we thank them for their support."

For more information on what American Golf has planned for the ISPS Handa World Invitational and how to get involved visit www.americangolf.co.uk