Brooks Koepka fires back at criticism to share lead at Masters 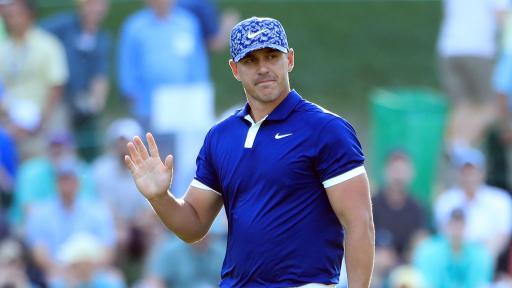 Brooks Koepka fired back at Brandel Chamblee's recent criticism of his body by posting a 6-under 66 to share the first-round lead of The Masters with compatriot Bryson DeChambeau.

Koepka posted a flawless round of golf inlcluding five birdies in the space of six holes from the 10th, while DeChambeau stormed home with six birdies on his final seven holes.

Earlier this week, Golf Channel analyst Chamblee had some choice words for Koepka, who admitted last month his game had suffered due to a diet change.

"But to do something that takes you out of your game, to change your game completely, it’s never worked out very well. I think he’d be at the top of everybody’s list to win at Augusta National had he not done this and had his game not declined."

Koepka, who is bidding to win a fourth major in the last eight, quite frankly couldn't care less what Chamblee - a one-time PGA  Tour winner - has to say about his body.

"I lift all the time, I lift too many weights, and I'm too big to play golf, and yet when I lost weight, I'm too small," said Koepka.

"I don't know what to say really. I'm too big and I'm too small.

"Listen, I'm going to make me happy. I don't care what anybody else says. I'm doing it for me and obviously it seems to work."

Phil Mickelson moved into early contention with a 5-under 67, one shot better than Dustin Johnson and Ian Poulter.

Tiger Woods got off to a solid 2-under 70 start, but Rory McIlroy has it all to do if he's to complete the grand slam this week after posting a 1-over 73.