Brooks Koepka says he wouldn't be interested in playing in a Ryder Cup without spectators. 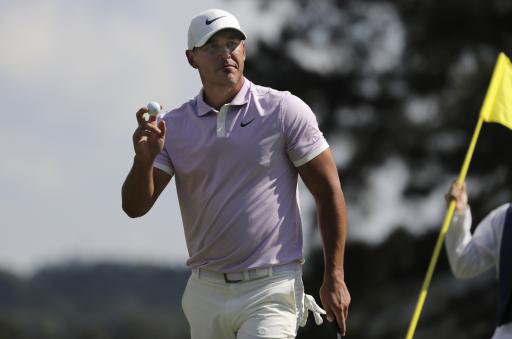 With the possibility of a spectatorless Ryder Cup in September growing, many players have spoken out against the idea and have made it clear they'd rather see it postponed to 2021 and now Brooks Koepka has cemented his opinion by saying there is "no point" in playing in the biennial event without any fans.

The four-time major champion was recently interviewd by Gary Williams on Golf Channel where he was asked about his opinions on the Ryder Cup at Whistling Straits being held without fans due to the ongoing fight against the coronavirus.

“I personally don’t want to play if there’s no fans,” Koepka told Golf Channel. “I don’t see a point in playing it.

“I get representing your country is an honor and it’s something that’s so much fun, but at the same time, the fans make that event. That’s what we get nervous on the first tee. You hear the chants. You hear everything that’s going on – the U-S-A- (chant), all that stuff. That’s what makes it fun.

“It’s like us going to play a match here at Floridian is essentially what it’s going to feel like.”

Koepka's opinion that the Ryder Cup shouldn't be played without spectators has been shared by others, including Rory McIlroy who said he'd rather see it delayed until 2021 than played behind closed doors.

One man whose opinion contrasts from that of Koepka and McIlroy is Ryder Cup veteran Ian Poulter, who said he would "embrace" a Ryder Cup without spectators.

The 2020 Ryder Cup at Whistling Straits is scheduled for September 25-27, but whether or not it will go ahead we still don't know.

NEXT PAGE: Golf resumes - but THOUSANDS at risk due to lack of insurance