Bryson DeChambeau has 14-hour practice session ahead of Masters!

... and apparently he only hit 125 balls during that time! 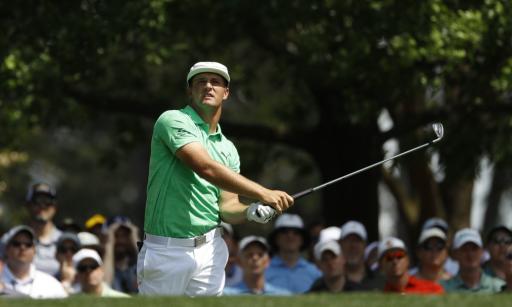 Bryson DeChambeau reportedly had a 14-HOUR range session ahead of his opening round of 66 to share the lead at The Masters.

DeChambeau was testing five different shafts in his wedges and only hit 125 balls during the 14 hours as he tried to figure out why he was "on the wrong side of the spin loft curve."

The five-time PGA Tour winner said: “After careful observation and some really deep, deep thinking about what’s happening with some cool depictions of how the club was moving through the ball, we started to realize it was something we could do with the shafts. We went the other way with the way I was previously thinking, and it actually started to work.”

DeChambeau, who nearly aced the par-3 16th on Thursday, admitted after the round that he had never had a hole-in-one in his golf career.

WATCH his near ace here.