Bryson DeChambeau hits the front at The Northern Trust 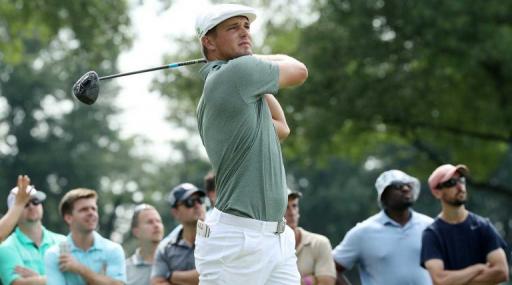 Bryson DeChambeau struck a superb third-round 63 to move four strokes clear atop the leaderboard at The Northern Trust.

DeChambeau's round of 8-under included one bogey and nine birdies, including consecutive birdies to finish to move to 16-under par.

The man known as the 'Scientist' for his love of physics will take a four-stroke lead over compatriot Keegan Bradley, who went one better with a round of 9-under 62.

WATCH: MICKELSON TRASH TALKS WOODS WHILE BALL IS IN THE AIR!

Dustin Johnson and Brooks Koepka appeared to be the betting favourites heading into the weekend but both faltered miserably with rounds of 72 to fall back to 7-under and 9-under respectively.

Phil Mickelson carded a third consecutive 68 to progress to 9-under, while Woods carded the same score to move up to 3-under.

DeChambeau, Finau, Mickelson and Woods will all be looking to impress US Ryder Cup captain Jim Furyk on Sunday as they go in search of earning one of his four wildcard picks.