DeChambeau drops bombs on day one at Muirfield Village... 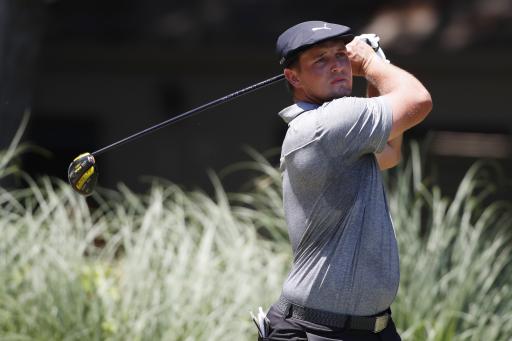 Bryson DeChambeau continued to showcase his remarkable driving distance on day one of the Memorial Tournament, depicted none better than ripping two drives OVER 400 YARDS.

DeChambeau's iron play has been out of sorts for much of the opening day, but his driving has once again proven electric as we have now come to expect from the man known as the 'Mad Scientist.'

Check out two of Bryson's biggest drives of the opening round, starting with a gentle 407-yarder down the 17th followed by an incredible 423-yard bomb down the first, which led to a birdie...

Bryson DeChambeau hit a drive that traveled 345 yards in the air and 423(!) overall.

It went so far, he had to ask somebody where the ball was. pic.twitter.com/PH9Tgier1n

DeChambeau is currently level par for 10 holes so far on a tricky first round out in the wind at Muirfield Village.

Rory McIlroy, who tees off later this afternoon, spoke about his admiration for DeChambeau's new-found distance ahead of this week's tournament.

Dustin Johnson also addressed the subject ahead of the tournament, but claimed he still thinks he can beat him no matter how far he wants to hit the golf ball.