Bubba Watson has revealed he is seeing a mental coach as he looks to improve his off-course life. 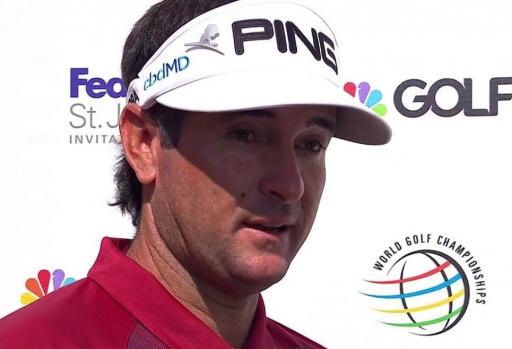 Bubba Watson is known to be one of the more emotional players on Tour and on Thursday at the WGC FedEx St. Jude Invitational, the two-time Masters champion revealed that he has been seeking the help of a mental coach.

Bubba Watson has won 12 times on Tour, including two Masters wins and is currently seeking his first win in over a year, with the last dating back to June 2018 when he was victorious at the Travelers Championship.

This week, Watson is playing in the WGC FedEx St. Jude Invitational in Memphis where he revealed to the media that he has been seeking help from a mental coach to try and help him deal with issues off of the golf course.

Watson went on to say that the idea of seeing a mental coach isn't just to improve his golf, but to improve his own life and that he would give up his PGA Tour victories if that would help.

“I’d get rid of my wins in a heartbeat. I’d work at a golf shop in a heartbeat if I had to take care of my family and everything. It's good junk, but it's a lot more junk than I had 20 years ago.”

Teaming up with a mental coach seems to have improved Watson's golf already, as he put together a brilliant first round, shooting a five-under score of 65, leaving him just three shots behind leader Jon Rahm.