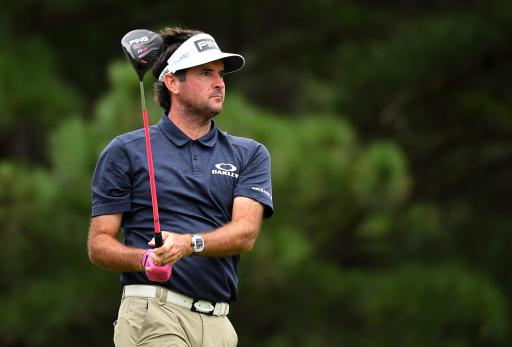 Bubba Watson has never taken a golf lesson in his life. Not bad for a two-time Masters champion and 12-time PGA Tour winner.

While that story very much remains the same, he did at least seek some advice from Claude Harmon III, son of Tiger Woods' former long-time coach Butch Harmon, at last week's WGC-FedEx St Jude Invitational.

Claude, who works with both Brooks Koepka and Dustin Johnson to name just two of his biggest clients, joined up with Watson at TPC Southwind to take a closer look at his putting.

In the eyes of Watson, he sees Harmon III as more of a "life coach" than anything else.

"I’m really good friends with Claude and Brooks and them, so my manager and Claude are really good friends," said Watson, who spoke to Harmon III on Saturday and then enjoyed his best round of the week on Sunday with a 4-under 66.

"So my manager (Jens Beck) said, ‘Hey, you should definitely talk to him.’ And all it is is it’s about, ‘Hey, man, do you see anything that me and Teddy are missing?’

"There’s no range stuff, if that makes sense. I know people don’t understand that. I’m trying to score better. I feel like my physical part is there and how do you score better. That’s why I asked him.

"I call him my life coach is what I call him."

Watson may have only finished tied 25th last week, but it did at least mark his best finish in his last seven PGA Tour starts.

The World No.63 said: "I know when I ever do see (Claude) again, he’s definitely going to say, ‘See how good you putted?’

"So I’m definitely going to hear that, but yeah, that’s it really. It’s nothing golf swing, I just want to see if there’s something I’m missing.

"I call him my scoring coach, my cheerleader, my life coach. I call him everything but a swing coach because I know how to hook it and I know how to cut it, so it’s not like I’m needing help that way, if that makes sense."