You know Brooks, but what about Chase? The younger brother is already blazing a trail in Europe. 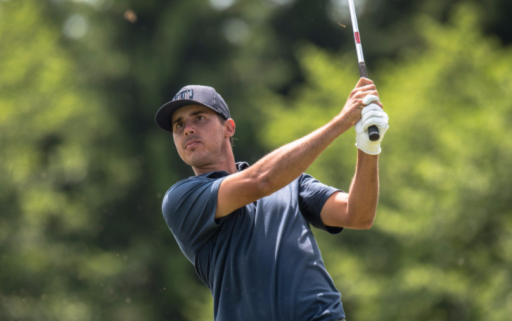 Brooks, 27, graduated from the Challenge Tour, going on to be Rookie of the Year on the European Tour in 2014. He amassed two wins, before heading Stateside to gather two wins on the PGA Tour - one of which was the 2017 US Open.

Chase chose to follow his brother in the European adventure as it allowed him to travel and play a variety of courses.

The South Florida State graduate started his journey last season, playing a handful of events with mixed results - but in 2017 he has found his feet and has already secured his European Tour card for next season with four events to come.

Had a great practice round with @bkoepka Bubba and JB. Looking forward to getting started on Thursday with @jakeamos on the bag #TeamKoepka

He posted a best finish of outright runner-up in last week’s Kazakhstan Open with a score of -17, and sits in fourth in the Road to Oman standings.

A win - which his brother managed three times on the Challenge Tour - could see him top the pile and overthrow leader Tapio Pulkkanen.

“My goal is to win the Rankings so I need to knuckle down and catch Tapio,” Koepka told the European Tour. "The year Brooks played he quit after nine events and still finished third in the Rankings, so it would be great to finish first at the end of the year.

“I have had to change my goals every couple of months as it has been a really good year for me. At the start of the year I didn’t really have a good category and I was just getting in on a few invites.

“My aim was just to make it to Kazakhstan and then it changed to getting into the top 15 and then to winning.

“It was great going home after Kazakhstan and having two weeks with my family – we all went to the President’s Cup to go and see my brother play. I got to spend quite a few days with them and they are all really excited for next year.

“I put in a lot of hours on the range as well though as I am really focused on trying to win the Road to Oman as that can open so many doors for you.”

Koepka heads to China this week, competing in the Hainan Open, which precedes three final events.

“It is my first time in China and I really like it here,” he said. “Although the culture is very different to where I’m from I am used to the heat and humidity after growing up in Florida.

“It reminds me a lot of Hawaii here – I really didn’t think it was China when we were flying in. The hospitality has been great and everyone has been really accommodating so it should be a great week.”

Chances are, should Chase go on to secure his PGA Tour card you will see him competing against Brooks Stateside. He has already competed twice in his native land, missing the cut at the Wells Fargo Championship, and posting an impressive T5 at the Zurich Classic of New Orleans.

Working on some drills to help my take away and keeping the club from getting across the line at the top.

Previous
Volvik release Christmas themed coloured balls
Next
Can you match the year to these 30 dramatic golf moments...