A row of Tamarisk Trees have segregated a primarily black neighborhood for decades. 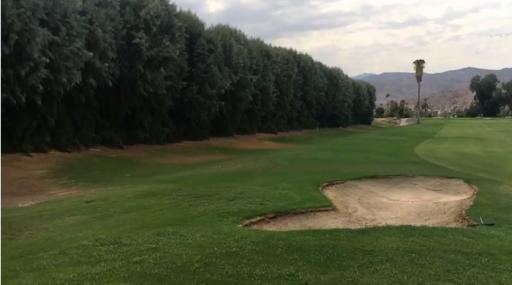 A row of 'racist' trees standing between an African-American neighborhood and a city golf course will be removed, local officials in Palm Springs have told neighborhood residents.

Decades ago, a large grove of tamarisk trees was planted on the border between Tahquitz Creek Golf Course in California and a historically black neighborhood, along with a chain link fence.

But at an informal city meeting this week, officials promised residents that the trees and the fence would be removed.

According to USA Today, the residents of the bordering neighborhood "said the invasive tamarisks, which block views of the Tahquitz Creek Golf Course and San Jacinto mountains, have artificially depressed property values and prevented black families from accumulating wealth in their property over the past half century."

Mayor Robert Moon and council member JR Roberts apologised to the local residents for the actions of prior city officials and promised it would no longer be an issue for future generations.

"You asked why it took us this long," Roberts said at the meeting. “I can’t answer that. But guess what? We're here now."