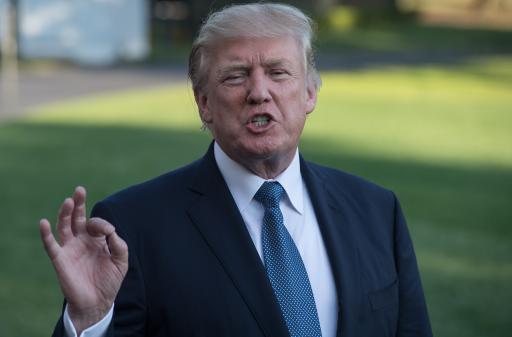 While hardly surprising given the amount of golf he plays, United States President Donald Trump reportedly shot a round of 73 at Trump National on Monday - and Senator Lindsey Graham was there to witness it.

Following a round of golf at the site of this year's Senior US PGA Championship, Graham tweeted to his 258,000 followers explaining that Trump nearly broke par in "windy and wet conditions."

Graham offered detailed insight on Trump's golf game while sticking to the claim that Trump shot 73, or a 74 at the worst.

"He had one birdie on the back, and just really hit the ball well.

"On the front, he made four 10-to-12 footers for par. That's what got him to shoot even par on the front. He missed a 4-foot birdie putt. He could have easily been 1 under."

According to Graham, the President "did not come close to making a double bogey all day."

Graham said: "He has a nice, compact swing and he can get it up and down from jail. He's very accurate with his drives and hits his irons consistently. He hit the ball on the screws almost every time. He sets up behind the ball. He has an athletic swing. He goes down and gets it."