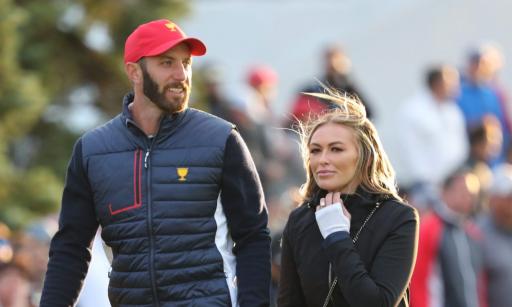 Dustin Johnson has responded to rumours of a split with Paulina Gretzky after the model deleted all images of the 19-time PGA Tour winner from her Instagram page last week.

The World No.2 addressed his current status in a statement on Twitter on Tuesday, acknowledging that there had been "ups and downs, but most importantly, we love each other very much and are committed to being a family."

Every relationship goes through its ups and downs, but most importantly, we love each other very much and are committed to being a family. Thank you for your love and support.

Rumours are circlng this week that the woman believed to be "at the centre" of the apparent split between Dustin and Paulina is California socialite and golfer Yassie Safai.

DJ and Safai are said to have struck up a relationship at nearby Sherwood Country Club and that has infuriated Gretzky, who has been engaged to the 2016 US Open champion for nearly five years.

One Sherwood member, who did not want his identity revealed, said: “It is the talk of the club that Yassie is at the centre of the split, and it has caused the Gretzky family a lot of heartache.

“Yassie is very ambitious, and is keen to be seen as the ultimate golf chick — but I’m not sure if being involved in something like this will help or hurt those ambitions.”

Johnson allegedly has previous in this department. Alli Mackenzie, the ex-wife of PGA Tour star Will, was forced to deny rumours of an affair, while another Major championship-winning golfer is said to have confronted Johnson over suggestions he had sex with his wife. He was also accused of cheating on then-girlfriend Amanda Caulder with LPGA Tour star Natalie Gulbis.