F1 driver Lando Norris BLASTED by his PR manager for playing TOO MUCH GOLF!

F1 driver's PR manager calls him out over his golfing habits. 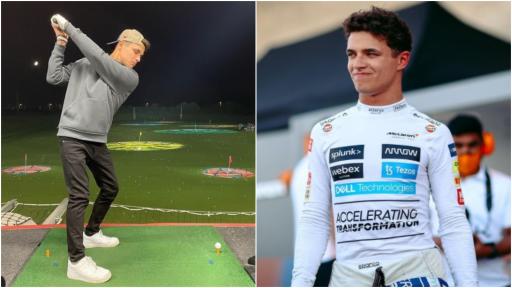 F1 driver Lando Norris has been called out by his PR manager for playing too much golf in his spare time.

Norris, 21, who currently lies fifth in the F1 driver standings, had been better known for enjoying his Twitch streams and online gaming in his spare time.

But now he has seemingly turned to golf, much to the dislike of his press correspondent and friend Charlotte Sefton.

"You went from a gamer to a retired old man in three months," said Sefton about Norris' new hobby.

Norris, who was recently voted the second most popular F1 driver behind Max Verstappen, then hit back with: "Golf is not for old people. That's just what everyone thinks."

The British driver has been known to be something of a prankster and joker on the circuit. But no more.

"Not everyone took me seriously when I got into Formula 1, but I have changed a bit because of that."

Carlos Sainz is also an avid golfer himself so perhaps he has had something to do with things.

European Ryder Cup legend Ian Poulter, who loves his Formula 1, has also been playing golf with both Sainz and Norris recently at the US Grand Prix, which no doubt fuelled the fire for both drivers.

NEXT PAGE: IAN POULTER MEETS UP WITH F1 STARS THEN MOCKS THEM IN CLASSIC FASHION ON TWITTER