Nick Faldo reveals Tiger Woods thought his career was over before latest comeback. 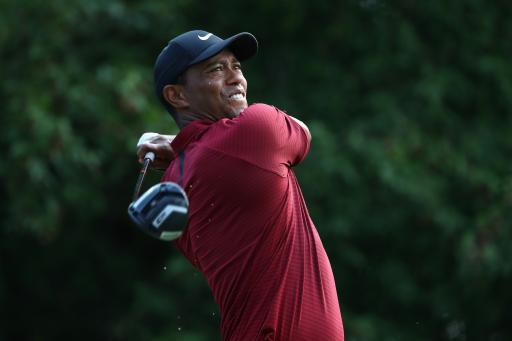 Nick Faldo revealed Tiger Woods previously thought his career was finished because of injury and whispered “I’m done” to another player at the 2018 Masters Champions dinner.

The 14-time major champion was dealing with multiple injuries at the time and had suffered repeated setbacks when trying to re-enter the competitive arena.

He has since undergone surgery to fuse his back and has returned with numerous impressive performances of late, such as leading the Open on Sunday and coming runner-up at last week’s PGA Championship.

“What he’s (Woods) been able to do is, it’s unbelievable, remarkable,” Faldo said on the Dan Patrick show.

“To go from a frozen back—I know he whispered to another Masters champion two Masters dinners ago ‘I’m done. I won’t play golf again,’ and here we are, 18 months later...

“I won’t mention the name, but he’s a Masters champion. He said ‘I’m done, my back is done.’ He was in agony, he was in pain, the pain down his legs, there was nothing enjoyable. He couldn’t move.

“To turn this around, to get this spine fusion, it’s absolutely amazing. So, great on him and obviously great for golf.”

In 15 starts Woods has six top tens and has only missed two cuts since returning from injury.