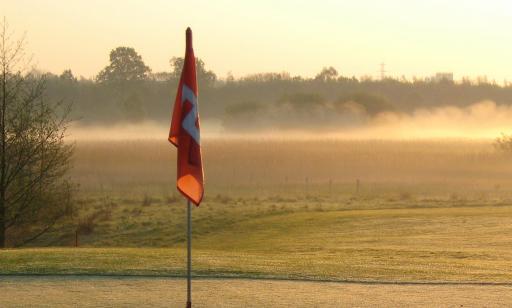 A golf course clubhouse in Canada used to shelter the homeless during the winter months went up in flames on Sunday morning.

While there have thankfully been no casualties or injuries, the damage, according to London Fire Department (LFD) is said to likely reach the $1 million mark.

Fire crews responded to the fire around 8.05am at the River Road Golf Course in London, Ontario.

By the time they arrived, the clubhouse is said to have been "engulfed in fire".

City hall officials had been planning to use the golf course and clubhouse at River Road as part of its winter response to homelessness.

"The facilities available on site have all been considered as part of the proposed site and the services that would be available there, and that includes the clubhouse space," said the city's communications director Patt McKague.

"Trailers that will be used as part of this response were not damaged in the fire.

"Over the next few days, we will be evaluating the extent to which this fire may impact the proposed Indigenous-led winter shelter site, and will provide additional information as it becomes available."

The damage, according to LFD, is estimated to be around $1 million and the cause of the fire is not yet known.

NEXT PAGE: SAM HORSFIELD RIPS INTO CAMERAMAN AT THE PORTUGAL MASTERS