Molinari calls for change as he looks to improve his form in 2020. 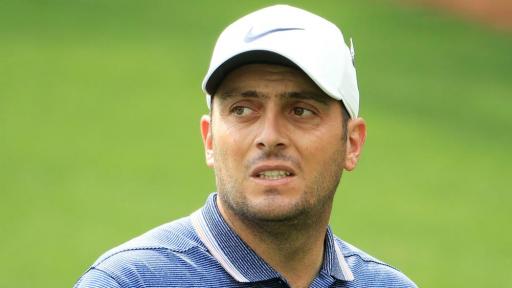 Francesco Molinari has called time on his four-year partnership with caddie Pello Iguaran and will replace him with Justin Rose's former bagman Mark Fulcher at the start of 2020.

Molinari, 36, won the Arnold Palmer Invitational in March but then endured a lacklustre run of form after throwing away The Masters in April with no top-10 finishes in his 11 worldwide starts.

In a bid to get back to the form of his incredible 2018 season (where he won The Open, the BMW PGA, was the top points scorer at the Ryder Cup, and he clinched the European Tour's season-long Race to Dubai), Molinari claims he has been forced into freshening things up for the new season.

"It's been nearly four season of incredible empotions and really productive work, but unfortunately relationships sometime come to an end, even if it's not what we wish for," said Molinari, who missed the cut in his home Italian Open last week.

"Pello will always be a member of my team and more importantly my family. He's one of the most hardworking, loyal, positive, reflective people I've come across during my career."

Molinari will have Jason Hempleman on the bag when he next tees it up at the WGC-HSBC Champions in China, and he will remain on the bag until the end of 2019.

Rose's former caddie Mark Fulcher, who spent 11 years with the Englishman until being sidelined due to heart surgery earlier this year, will then pick up the Italian's bag at the start of 2020.