Frustrated McIlroy: 'at least I put myself in the position'

Rory McIlroy pleased to have got himself in the final group at the Masters, but says he "didn't have enough". 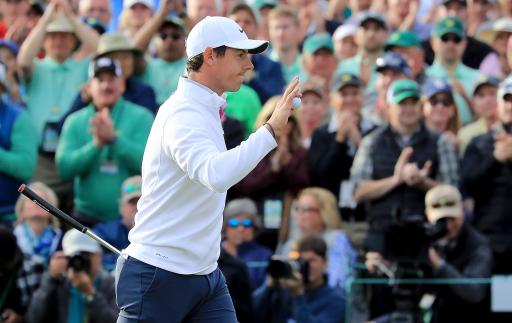 This was not the collapse we saw in 2011 when Rory McIlroy dramatically threw away a four-stroke lead in the final round, but given his experience and form this week, the Northern Irishman's drab finish at the 2018 Masters is just as shocking.

The 28-year-old lay three shots behind American Patrick Reed and closed the gap to a single shot after two holes with a par-birdie start, with the bookies putting him at even money to complete the career Grand Slam. But that was as close as the four-time major champion would get to his then majorless playing partner.

McIlroy would card a disheartening 72, two-over, better than only four players competing on Sunday.

"Of course it's frustrating," McIlroy said. "It's hard to take any positives from it right now, but at least I put myself in the position.

“That's all I wanted to do. The last four years I've had top 10s, but I haven't been close enough to the lead. Today I got myself there. I didn't quite do enough."

With Jordan Spieth and Rickie Fowler mounting a challenge on the final stretch, McIlroy trudged around Augusta unable to kick-start himself into first gear. Playing in the final group and becoming inconsequential is not a nice place to be, and McIlroy will hope he does not have to suffer the indignity anytime soon.

"I feel like momentum is a huge thing, especially in final rounds," McIlroy said. "You look at what Jordan and Rickie did. They got on a roll and I didn't.

"I'll sit down and reflect over the next few days and see what I could have potentially done better. Whether it be mindset or, I don't know. I just didn't quite have it today. I played some great golf yesterday. I just didn't continue that golf into today."

But these world-class athletes are made of different stuff. While you or I may suffer from repeated trauma, McIlroy is confident he can slip into a Green Jacket before he puts the headcover on for the final time.