Bale joins Tottenham Hotspur on a season-long deal - but we wonder how long it will be until his first round of golf in North London? 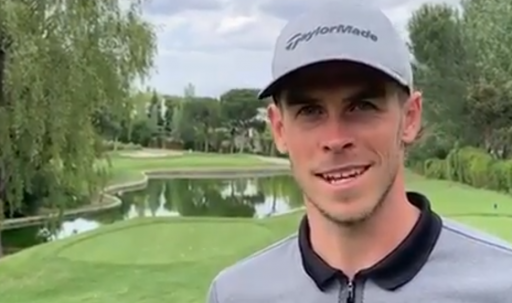 Golf-mad Gareth Bale has rejoined Tottenham Hotspur on a season-long loan deal, but social media is now wondering how much golf Jose Mourinho will allow the Welsh winger to play.

Bale, 31, has seemingly spent more time on the golf course than on a football pitch of late, especially after falling out of love with the Real Madrid fans and manager Zinedine Zidane despite having helped the club win four Champions League titles and score more than 100 goals.

But with Bale now back playing football in North London for the first time in seven years, he's now got an incredible selection of golf courses to choose from located nearby to the new Tottenham Hotspur Stadium and their training ground.

Social media has certainly been having some fun with it - check out some of our favourite memes doing the rounds...

What’s bale his next move

Gareth Bale is booked in to play a round of golf with Daniel Levy tomorrow..

Mourinho coming to pick up Bale from the golf course pic.twitter.com/R7uPU43OMp