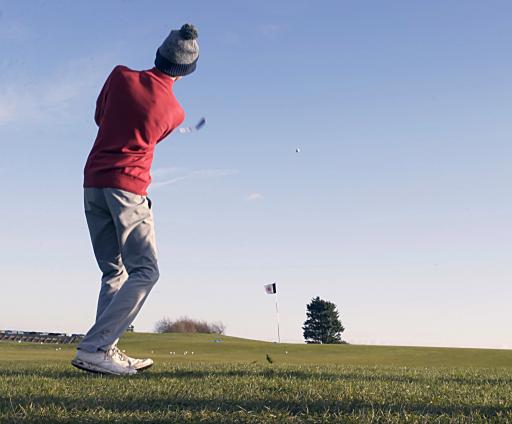 The Golf Foundation has revealed the remarkable results of a research project measuring the impact of a new coaching programme for 11-16 year olds.

In 10 weeks, every youngster taking part in the pilot projects showed a statistically significant improvement in Mental Toughness which evaluates Confidence, Commitment, Challenge and Control.

Furthermore, all the participants used the techniques they had learnt in their golf lessons to better address challenges in everyday life; at school, in exams and at home.

The new programme, devised in collaboration with Mindset experts Yeast Ltd and a group of PGA Professionals, teaches techniques such as breathing and visualisation alongside traditional golf skills. Participants were assessed at the beginning and end of the programme using a standard Mental Toughness test (MTQ48) which measures how people respond when faced with stressors, pressure and challenge.

“Average improvement amongst the youngsters who took part was 20% which is both significant and life changing,” said Peter Wortley, Senior Partner at Yeast.

“Mentally Tough people perform better, have high levels of mental well being and can get the best out of themselves, which is exactly what we have seen in the children we worked with through the Golf Foundation project. They are making the most of their lives, contributing more at home and at school and are happier as a result.”

Sometimes work just doesn't feel like it. This is a fantastic project from @GolfRootsHQ that gave us the chance to work with some incredible people like Tom @FrintonGolfClub @PeterWortley and @SandraMesrine See the whole film here https://t.co/D2kMbuv8om #UnleashYourDrive pic.twitter.com/Iy36OCDY0M

The impressive data is reinforced with anecdotal evidence including one particularly impactful story from Alex Macgregor, PGA Professional at Addington Court Golf Club.

One of his students was regularly excluded from school for losing his temper, but during the programme Alex was able to teach him breathing and visualisation techniques that allowed him to ‘control his fizz’ which enabled the child to avoid exclusion for the entire length of programme.

One unexpected outcome was the impact of the programme on the PGA Professionals and parents of participants who widely reported using the techniques that the youngsters were being taught in their everyday lives.

Tom Hide, PGA Professional at Coastal Golf Academy at Frinton Golf Club said: “The programme has completely changed the way I coach but it has also had a huge impact on my life. I’ve been really impressed by the changes I’ve seen in the children and their parents are as committed to the programme as we are.”

The Golf Foundation now plans to roll out the new programme under the name ‘Unleash Your Drive’, a title chosen by the charity’s Young Ambassadors.  Whilst the research project was developed specifically for golf it is clear from the findings that the potential for Unleash Your Drive reaches beyond golf.

Brendon Pyle, CEO of the Golf Foundation said: “Children are under an increasing amount of pressure from all angles, which is why we are incredibly proud of the results of this research project.  It provides proof that children benefit from using the techniques we incorporated into golf coaching, which opens the exciting possibility of us using this beyond golf. We have made life better for all the children involved, in fact, they are the biggest advocates of the programme, which tells us everything we need to know.”

Rob Trotman, father of 14 year old Oliver Trotman who took part in the programme at Frinton Golf Club, summarised the impact Unleash Your Drive has had on his family.

"Throughout the programme I’ve seen Oli grow in confidence," said Rob. "He’s taken what he’s learnt and used it on the golf course, at home and at school. As a family we’ve hugely benefitted from using the techniques he’s brought home, and I have no doubt that what he’s learnt will last a lifetime.  He’s turning into a fine young man."

The next steps for ‘Unleash Your Drive’ will be for the Golf Foundation to host a series of five regional one-day training workshops for attending PGA Professionals.

The workshops will be part of the PGA’s CPD programme and will be presented by the team from Yeast and a PGA Coach from the pilot study. A phased national roll-out of the programme will be announced soon.