Golf punter wins a fortune from small $1 stake on the third day at the BMW PGA Championship... 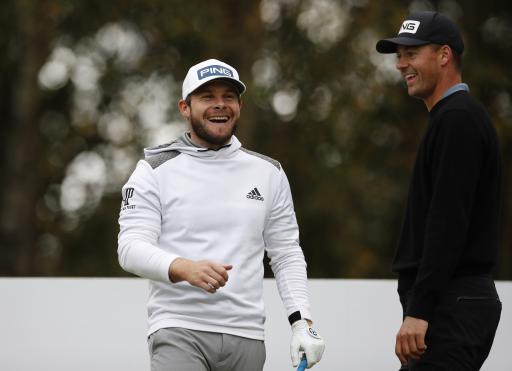 A golf punter won just shy of $700,000 from a $1 stake following a 20-fold accumulator on the third round of the BMW PGA Championship at Wentworth on Sunday.

The mystery gambler picked out the winner of 20 head-to-head matches from Saturday's play on the West Course and turned his $1 stake into a gigantic $679,894.66.

A punter turned a single $1 overnight into $679,894.66 with a MASSIVE 20-leg #SBMulti in the #BMWPGA Championship pic.twitter.com/3gkovLopeZ

Here's a look at how each of the punter's 20 matches went on day three:

Looking at the above results, the punter was made to sweat in five of the 20 matchups given his players all won by the narrowest of margins, one stroke. The rest of his matches were fairly comfortable wins, however.

Ever seen a better golf bet than this one? We'd love to see it. Share your thoughts and comments on our social media channels over on Facebook, Instagram and Twitter, or come and check out our YouTube channel for more great videos and reviews.