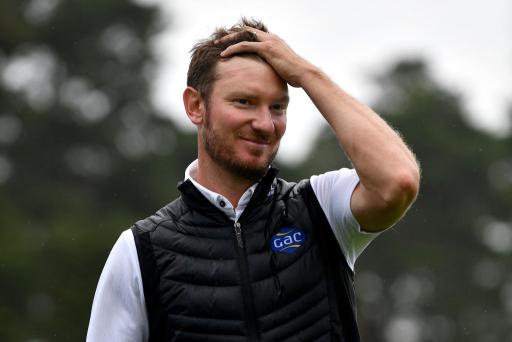 Chris Wood has bypassed the Lyoness Open to give him more chance to play in the US Open (Photo: Getty Images)

It's probably fair to say that even the great Pythagoras would be stumped when it comes to the mathematical formula lying behind golf's world ranking system.

Just days after Ariya Jutanugarn was basking in the glory of becoming Thailand's first ever golfer to reach world number one only to learn a "bug in the projection tool" had actually left her one-hundredth of a ranking point behind New Zealand's Lydia Ko, the vagaries of golf's ridiculously complex formula surfaced on the European Tour.

Fresh off his runner-up finish at the Nordea Masters, England's Chris Wood climbed to 60th in the world and in contention for a place in the field at next week's US Open at Erin Hills.

Ian Poulter is one player who could potentially deny Chris Wood a place in the US Open next week (Photo: Getty Images)

However, projections indicated that if Wood played in this week's Lyoness Open in Austria and failed to finish inside the top 20, he would drop a place to 61st and outside the berths for golf's second major of the year.

Spend a week at home on the sofa playing with his three-month baby and Wood is projected to remain in 60th and punch his ticket to the US Open - pending results elsewhere.

And that is exactly what he has decided to do.

One of the ways the giant Bristolian could fail to make his way to the US Open would be if his compatriot Ian Poulter landed this week's St Jude Classic on the PGA Tour.

Wood will be praying for no more computer errors. Or Poulter fist pumps.

What would you have done in Wood's shoes - stick or twist? Share your thoughts in our forum or join us on social media.