"Hi GolfMagic, I damaged my club on the course the other day... was I still able to use it during the round?" 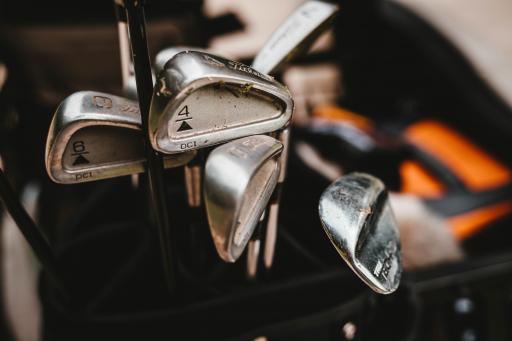 Ever damaged your golf club on the course and wondered what the correct thing was to do? Well you're in luck as this week a GolfMagic reader sent us that exact question in to us for an official verdict.

"Hi GolfMagic, I wrapped my golf club around a tree when following through to play a shot last weekend, and the club was quite badly damaged. Was I right to continue using the club, or is it classed as non-conforming once it's been damaged?" read a comment from one of our readers.

Thanks for the question - Rule 4.1a (2) is the one you want to take note of in this instance. The damaged club is classed as conforming for the rest of your round. You may continue to play with the damaged club - if you can - or you can have the club repaired by restoring it as nearly as possible to its condition before the damage happened during your round. You must, however, use the original grip, shaft and clubhead, and you must not unreasonably delay play.

Please see the full wording of Rule 4.1a in the R&A's Rules of Golf: Player's Edition below, as well as a video example of a golf club being broken during a round of golf from our friends over at Golf Rules Questions on Instagram:

If you damage a club, what are your options? ANSWER . . Ep 11 GRQ Podcast . . Answer: Regardless of how the player damaged the club (other than out of the player’s or their caddie’s control), the club is conforming for the rest of the round. The player may use it as it is, or they may have it repaired, but they are not permitted to replace it during the round. The player must not delay play in order to repair it, and must use the same grip, shaft and head. Play-off holes in stroke play are considered a new round, to which making a stroke with a non-conforming club would incur a penalty. Rule 4.1a(2) . If the Committee has adopted Local Rule G-9, the player could replace their club that was damaged during the normal course of play. @golfrules_questions

Rule 4.1a - Clubs Allowed in Making a Stroke

(1) Conforming Clubs. In making a stroke, a player must use a club that conforms to the requirements in the Equipment Rules:

- A club used to make a stroke must conform not only when the club is new, but also when it has been deliberately or accidentally changed in any way.

“Performance characteristics” means any part of the club that affects how it performs in making a stroke, such as its grip, shaft, clubhead or lie or loft (including lie or loft of an adjustable club).

(2) Use or Repair of Club Damaged During Round. If a conforming club is damaged during a round or while play is stopped under Rule 5.7a, the player normally must not replace it with another club. (For a limited exception when the player did not cause the damage, see Rule 4.1b(3)).

But no matter what the nature or cause of the damage, the damaged club is treated as conforming for the rest of the round (but not during a play-off in stroke play, which is a new round).

For the rest of the round, the player may:

“Damaged during a round” means when the club’s performance characteristics are changed because of any act during the round (including while play is stopped under Rule 5.7a), whether:

But a club is not “damaged during a round” if its performance characteristics are deliberately changed by the player during the round, as covered by Rule 4.1a(3).