Here's why nobody will be watching The Northern Trust to begin with... 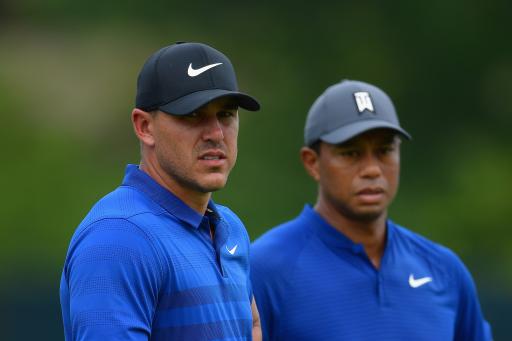 Tiger Woods and the rest of the morning starters on day one of The Northern Trust will be playing an empty Liberty National following a storm that caused havoc in New York on Wednesday.

The vicious storm rolled into town with a tornado touching down just miles from the golf course, and it left grandstands, hospitality units, signs, tents and fences damaged.

According to reports, the winds reached up to 60mph.

Also, not a great day for a couple of courtesy cars. pic.twitter.com/apTKjaaAfd

Thankfully nobody was hurt but the PGA Tour has confirmed that no fans will be allowed into Liberty National until at least 10am local time on Thursday, as maintenance crews repair the damage to the golf course.

A number of the morning starters that will be off without a crowd will include Woods, Phil Mickelson, Brooks Koepka, Rory McIlroy, Dustin Johnson, Jon Rahm and Webb Simpson.

The crowds will then be permitted to enter the grounds once the majority of those names are starting their back nines.

“We’re an outdoor sport, so Mother Nature is bound to show up and change our well-laid plans on occasion,” said Julie Tyson, executive director of The Northern Trust.

“We look forward to welcoming the world’s best players—and all of the fans who have been waiting for this event all year long—to the kickoff of the FedEx Cup Playoffs tomorrow."

Luckily for players, galleries and tournament officials, the weekend forecast calls for temperatures in the mid=80s with a minimal chance of rain.

WATCH: TIGER RETURNS TO THE VENUE WHERE HE FELL TO HIS KNEES

The Northern Trust starts the three-series FedEx Cup Playoffs, before moving onto the BMW Championship and then finishing with the season finale at the Tour Championship, which Woods memorably won last season.

RELATED: THE HUGE NEW CHANGES AT THE FEDEX CUP