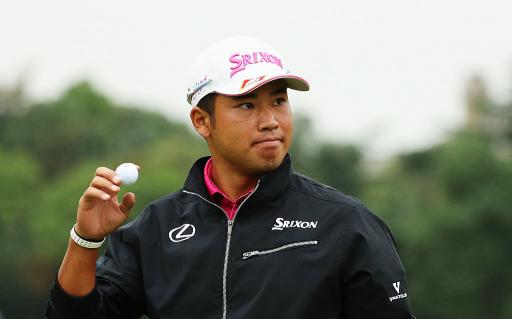 Former Open champion Johnny Miller believes Hideki Matsuyama has what it takes to lift the Claret Jug at Royal Birkdale next week, claiming "he's the best player in the world on form right now."

Miller, who won the Open at Birkdale in 1976, is tipping Matsuyama to become Japan's first men's major winner and the eighth consecutive first-time major winner on the men's circuit dating back to when Jason Day won the 2015 US PGA.

With many of the game's biggest names struggling for form, the NBC analyst feels world number two Matsuyama can step in and take full advantage on the links.

SWIPER POLL: WHO IS THE BEST PLAYER YET TO WIN A MAJOR?

“The real hot shots in golf, like Dustin Johnson and Rory (McIlroy) and Jason Day… they’re not on the top of their game right now,” said Miller.

“So I don’t know what to expect, because majors are a whole different animal but Hideki, I think he’s the best player right now.

“Tournament in and tournament out his bad shots are really good, which is what you need at Birkdale. And I think that he’s ready to win.”

Matsuyama has enjoyed a golden 18 months winning three PGA Tour events, the Hero World Challenge, two victories on the Japan Golf Tour, on top of three consecutive top-11 finishes in his last three majors - most recently a tie for second behind Brooks Koepka at the US Open.

His record at the Open isn't the prettiest on paper, however, with just a tie for sixth his best result in four starts, and he missed the cut last year at Royal Troon.

And despite the high praise Miller has heaped on Matsuyama right now, we could certainly name a handful of players with better records over their last nine PGA Tour starts - Matsuyama has gone MC-T25-T45-T51-T11-T32-T22-T45-T2.

While Miller fancies the chances of Matsuyama the most of the big guns at Birkdale, he certainly doesn't expect to see a surprise winner - and with good reason given eight of the last nine Opens at Birkdale have been won by multiple major champions.

“I think Royal Birkdale is one of my favourite courses, especially my favourite links, because we deem it a little fairer, the fairways are a little flatter but the sand dunes are fantastic and very demanding,” said the American, who perhaps is a little biased in view of his victory there in 1976.

“I’m excited to go back there and sort of see if my memory resurrects. I believe it’s an accuracy course. The reason why I won the Open in ’76 is my caddie literally made me hit a one-iron. I hit a one-iron 12 out of the 14 tee shots.

“I can see a lot of driving irons and 3-woods off the tee like (2016 champion) Stenson did last year.”

As for his own work in the commentary booth next week, Miller is hoping to avoid a repeat of any verbal bogeys such as the one he made at the US Open when seemingly being reluctant to applaud Justin Thomas on beating his low score to par record.

“You’ve got to keep your wits about you and you’ve got to be careful what you say nowadays a bit,” he said.

“Not that I’m very careful. Sometimes I cross the line. I’m always near the line.”

Miller has this week signed an extension with NBC through until 2018.