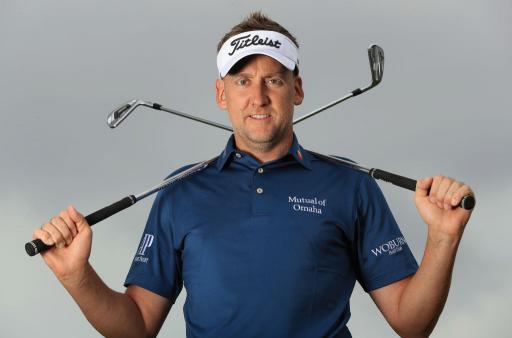 Ian Poulter qualified for the Open Championship in two weeks time after coming through Open qualifying at his home course Woburn on Tuesday.

Poulter, 41, shot rounds of 70 at 68 to finish in a tie for second on 6-under with Toby Tree and two shots behind winner Shiv Kapur.

The Englishman has endured a topsy-turvy record at the Open Championship down the years but has fantastic memories of Royal Birkdale following his major record best of second behind Padraig Harrington in 2008.

Poulter missed the Open last year for the first time since 2001 due to a foot injury.

Of the other four 36-hole qualifiers held across the United Kingdom, notable qualifiers included Matthew Southgate who made the cut at Royal Troon last year just a year after undergoing surgery for testicular cancer.

The Open tees off at Royal Birkdale on Thursday July 20.

OPEN QUALIFERS FROM THE 5 UK EVENTS

Ian Poulter
Royal Birkdale
Open Championship
Previous
McIlroy to wife: "Change my Twitter password and don't tell me what it is"
Next
Andy Sullivan shaves his hair off at Irish Open