You won't believe how much J.B. Holmes missed out on after his collapse in the final round of the Open. 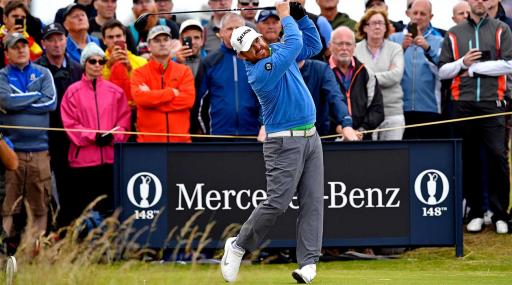 J.B. Holmes surprised everyone during the first few rounds of the Open at Royal Portrush and looked set to win some serious money, with the prize pot for the final major of the year being the biggest it has ever been in Open history, but that all changed on Sunday.

After three solid rounds, Holmes had shot 66, 68, and 69, leaving him ten under par and in third place. Holmes looked well on his way to at least levelling his best ever finish at an Open, which was in 2016 when he finished third. What we didn't expect on Sunday's final round, was a complete meltdown from the five-time PGA Tour winner.

On Sunday, Holmes was paired with Brooks Koepka, which everyone was looking forward to seeing after Holmes was ripped on Twitter for his slow play on Saturday.

Koepka on the other hand is one of the faster players on Tour and is known for saying it like it is when it comes to slow play and in fact, he too fired shots at Holmes after their round on Sunday, due to his pace of play.

The weather on Sunday was clearly very difficult, with rain falling pretty much all day and strong winds causing a lot of problems, but Holmes' final round score was still an absolute shocker.

Holmes' final round was full of bogeys, double bogeys and triple bogeys, resulting in a Sunday score of 87, 16 over par, yes you read that correctly, a professional golfer shot 16 over par.

The final-round 87 meant that the American finished six over par for the tournament, dropping him from second place, all the way down to T67, a fall of 64 places.

If Holmes had remained in the top 4 after Sunday's round, he would have secured an invitation to next year's Masters, a tournament he has only played in five times throughout his career.

RELATED: HOW MUCH EVERY PLAYER WON AT THE OPEN