Justin Rose back to World No.1 after Haotong Li SHOCKER in playoff! 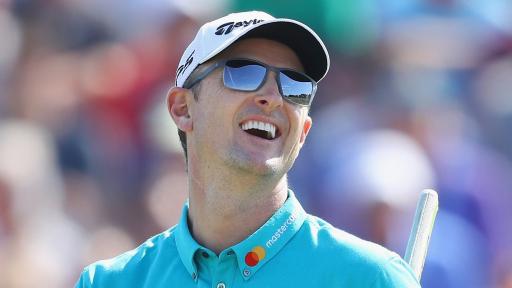 Justin Rose has moved back to World No.1 after successfully defending his Turkish Airlines Open title, but he was handed it on a plate by Haotong Li on the first extra hole of the playoff.

Li stood over a seven footer for birdie and the win, but raced his putt a couple of feet past the hole. Then, without appearing to give the three-foot return putt much thought, Li missed again to hand Rose a 12th European Tour title...

He’s done it Rose defends and returns to World Number One. #TurkishAirlinesOpen #RolexSeries

Rose started the final round three strokes behind Li and moved two strokes clear of the Chinese star with four holes to play.

But Li tied things up with a stunning eagle at the 15th.

Rose moved back in front with a birdie at 16, but handed it back with a bogey at 17.

Both players stood over five-foot putts for par on the 18th hole, but neither player was successful and they went back up the 18th for the playoff.

Belgian Thomas Detry and Spaniard Adrian Otaegui both signed for rounds of 65 to sit two shots out of the play-off at 15 under.

Dane Lucas Bjerregaard and German Martin Kaymer were at 14 under, a shot clear English pair Tommy Fleetwood and Danny Willett, and another Dane in Thorbjørn Olesen.

Rose, who defended the first ever title of his career, will now enjoy his second week at World No.1, after enjoying a brief stay there last month.

"It's a huge milestone"

Rose on defending for the first time. pic.twitter.com/E8PFGaB8Zp