Fans won't be disappointed with the featured groups for this week's CJ Cup at Shadow Creek. 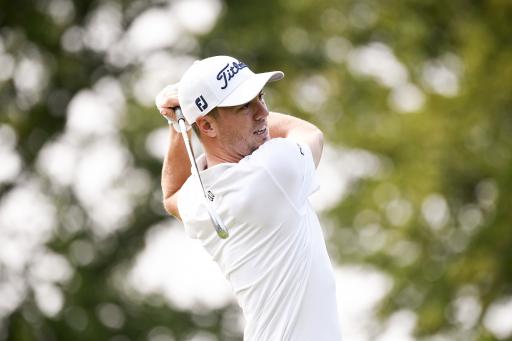 A star-studded line-up will compete at Shadow Creek in Las Vegas this week for the CJ Cup, in the first of back-to-back no cut events on the PGA Tour and fans will be treated to some exciting features groups, that includes the return of Brooks Koepka playing alongside one of the most in-form players on the planet right now, Justin Thomas.

Sungjae Im will be joining Thomas and Koepka to complete the three-ball. Thomas has won the CJ Cup on two occassions, the first coming in 2017 when the tournmant debuted and again last year, with Koepka filling the gap in 2018.

Koepka is returning to action after being sidelined since the Wyndham Championship, after the four-time major champion took an eight-week break to recover from injury.

World No.2 Jon Rahm will be looking to continue his fine form and will be joined by rising star Matthew Wolff and Englishman Tyrrell Hatton, who has moved inside the top 10 of the World Rankings for the first time in his career after winning the BMW PGA Championship last week, the European Tour's flagship event.

The third featured groups includes three stars who have all previously won The Players Championship. Rory McIlroy will be looking to get back to his best ahead of the Masters in November and he will be joined by Sergio Garcia who claimed his 11th PGA Tour title recently at the Sanderson Farms Championship. Si Woo Kim - winner of the 2017 Players Championship - completes the three-ball alongside McIlroy and Garcia.

The final featured group starts with this year's PGA Championship winner Collin Morikawa who has moved up to 6th in the World Rankings. Morikawa is joined by fellow American Xander Schauffele who is making his first start since finishing 5th in the US Open. European superstar Viktor Hovland will be hopeful of a second PGA Tour title and completes the final featured group.