Justin Thomas reveals his 2017 goals on his iPhone

... and he just about completed all of them! 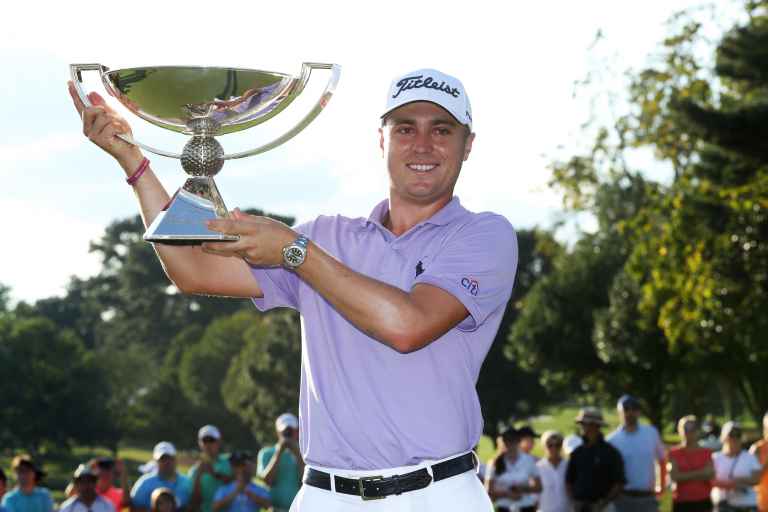 Justin Thomas is no ordinary golfer. You only need look at the goals he bashed into his iPhone notes to realise that, on February 27, 2017at 9.21pm to be precise.

Among the list of things he wanted to accomplish was to win at least once. Check... how about five times.

He also fancied the prospect of being in the final two groups of a major on Sunday. Check. He also wanted a major. Check. And to make the Presidents Cup side. Check.

The list went on, and Thomas kept ticking them off as you can see below...

Thomas revealed his iPhone notes list to the media fresh off winning the $10m bonus for claiming the season-long FedEx Cup last night, where he lost by one shot to Xander Schauffele at the Tour Championship.

Despite missing out being under par for the season on the par-3 holes (56th), finishing inside the top 30 for scrambling (54th) and finishing in the top 10 in half of his starts (12/25), Thomas hinted his goals may have been set too low.

“Top 10 in half my starts, which I missed by one I realised,” he said Sunday as he read the list from his phone.

Thomas finished the year with five victories, including the US PGA, and even shot a 59 at the Sony Open, led the PGA Tour in earnings, finished in the top 10 in 12 of his 25 starts and improved in nearly every major statistical category.

“It's going to be really hard, it is,” he admitted. “I'm going to try to spend a lot of time with Tiger [Woods] and then definitely call and talk to Jordan [Spieth] because they're the two people I'm closest to that have done something close to this and they've both achieved way more than this.”

After next week’s Presidents Cup, Thomas said he plans to play the CIMB Classic in Malaysia, where he is the defending champion, and the new CJ Cup in South Korea in October. After that he’s looking forward to a much-needed break.

“I'm excited to not know where my clubs are for two weeks and just put them somewhere in my house and just let them sit there,” he said.