Lexi Thompson claims she is "very sorry" for the practice delays she caused her fellow professionals at Woburn. 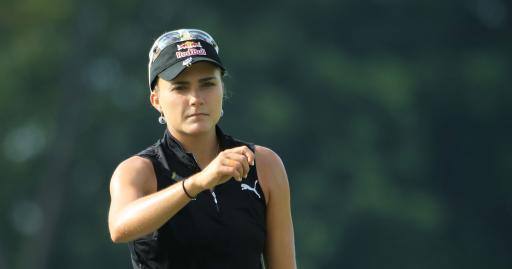 Lexi Thompson says she "can't apologise enough" to the large number of players that were denied a practice round on Monday ahead of this week's Women's British Open at Woburn after the American had a mare with her passport.

The LPGA Tour's final two majors are played in back-to-back weeks this year, with last week's Evian Championship taking place in France and won by Jin Young Ko and this week the final major of the year at the Womens' Open Championship.

On Monday, a number of players were looking forward to heading out at Woburn for their first practice round of the week, but unfortunately their clubs showed up six hours later than planned and not because of any airport issues.

Ian Wright (former caddie of Seve Ballesteros) was transporting around 38 players' bags from France to England for the Women's Open, where after around two hours of driving he received a call.

"[Lexi Thompson] left her passport in one of the golf bags that were on the truck I was driving here,” said Wright. “I had to stop and wait for her caddie to come and retrieve it."

Inside Wright's truck were the bags of players such as Nelly Korda, Ryann O'Toole, Ariya Jutanugarn, Carlota Ciganda and Anna Nordqvist. Wright had to completely empty the truck to get to the bags and by the time he had given it to Thompson's caddie and repacked the truck, his journey was delayed by about three hours.

Those three hours caused even more delay to Wright's journey as he missed his scheduled ferry and also hit the Monday morning traffic which he had planned to miss, extending the delay to around six hours, meaning the players missed every chance at getting some practice in on Monday.

“I didn’t realise that I was going to cause so much delay with the bags for all the players and I’m very sorry about that,” said Thompson.

“But in my situation I was freaking out and then he happened to be somewhere close to where my caddie Benjy was so my first reaction was to hopefully stop him and get my passport so I could leave and get to the Women’s British Open.

“I do apologise, I would be upset if I was the other players but I ended up getting it. I can’t apologise enough.”

Thompson's agent Bobby Kreusler said: "Forgetting her passport, that was an honest mistake. And she had no idea retrieving it would cause the delay it did, or that it would impact other players the way it did. She would never have wanted that."

"I don’t know why the driver would agree to accommodate one person knowing it would punish about a third of the field," said O'Toole.

"The driver should have said, ‘Hey, I’ve got to get these clubs to Woburn. If you want the passport, somebody’s going to have to fly there to get it and bring it back.’"