Paul Scholes holes out from the bunker during BMW PGA Pro-Am at Wentworth. 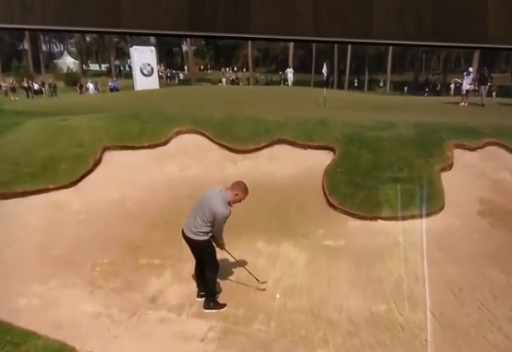 Manchester United legend Paul Scholes will forever be known for his footballing skills as a midfielder. But us golfers will never forget this magic moment from Scholesy out of the greenside bunker at Wentworth on Wednesday.

Seemingly short-sighted and in deep trouble as he shuffled his feet into the sand at the par-4 11th during the BMW PGA Championship Pro-Am, Scholes made little fuss of proceedings and splashed his ball out and into the cup.

To add to the excitement of it all, Scholes was given the full build-up live on air. Watch below...

Scholes was playing in the same group as Rory McIlroy and his former Manchester United team-mates Teddy Sheringham and Michael Carrick.