Nicklaus' grandson Gary makes a hole-in-one to bring the house down at Augusta National. 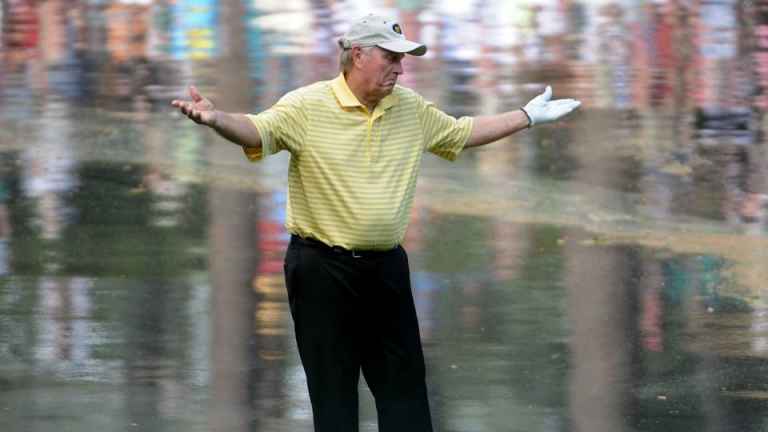 Jack Nicklaus' grandson Gary stole the show during the annual Masters Par 3 Contest on Wednesday when he aced the final hole of the tournament.

Gary got tapped to caddie for Jack at this year's event, and on the final hole of the Par-3 course at Augusta National, Jack let Gary take dead aim - and he did not let him down!

Dressed in a white caddie suit and playing in front of Nicklaus and playing partners Gary Player and Tom Watson, Gary brought about the biggest cheers of the day when making his first ever hole-in-one.

Watch the magic moment below as three of the game's greats come together to celebrate the feat with Gary - a moment that brought record 18-time major champion Nicklaus to tears...

And the magic did not end there as 68-year-old Watson posted a 6-under 21 to win the curtain raiser tournament, with Nicklaus, 78, performing admirably to finish in a tie for fourth on 4-under.

Watson previously won the Par 3 Contest in 1982 and becomes the oldest winner in the tournament's history.

No player has ever won both the Par 3 Contest and Masters in the same week, and that streak will continue with Watson not taking part this week.

Ever had a hole-in-one before? We'd love to hear about it so come and share your comments over on our social media channels, or come check out our YouTube channel.