Due to the growing spread of the coronavirus, it has been reported in the US that this year's Masters could be played behind closed doors. 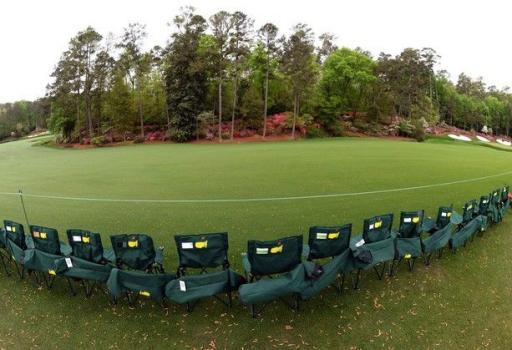 The coronavirus continues to cause disruption across the globe and now one of the most prestigious golf tournaments is under threat, with rumours circulating that The Masters could be played behind closed doors.

The Masters is set to take place at Augusta National from 9-13 April, with Tiger Woods defending his title (if he's fit to play), but due to the outbreak of COVID-19, the first major of the year could be played without any spectators.

Last week, Augusta National Chairman Fred Riley released a statement confirming that The Masters was still going ahead, despite the growing spread of the coronavirus.

“The safety, health and well-being of everyone is our top priority at Augusta National Golf Club,” Ridley said in a statement on Wednesday. “Based upon our knowledge of the situation at this time, we are proceeding as scheduled for the Augusta National Women’s Amateur, the Drive, Chip and Putt National Finals and the Masters Tournament.”

Other events across golf's Tours have already been cancelled, with the European Tour recently postponing the Kenya Open, which followed the cancellation of the Maybank Championship and the Volvo China Open.

Japan and Italy are playing sporting events behind closed doors due to the large number of COVID-19 cases and many are calling for the United States to do the same.

During Masters week, Augusta National is estimated to see between 35,000-50,000 fans per day and Riley urged those planning on attending the event to take extra caution.

“We are asking that everyone follow the preventative actions advised by the CDC to mitigate the spread of any virus,” he said. “We strongly encourage all those traveling to Augusta, Georgia, to become knowledgeable of the most recent travel protocols and restrictions."

Although Riley seemed confident that The Masters would go ahead as planned, reports in the US are now saying that the major could be played without any fans inside Augusta.

Speaking to Golf Channel, former FedEx Cup winner Billy Horschel said that players had been discussing a rumour that The Masters could be played "without patrons."

“People were saying [The Masters] might not have patrons this year. That was a rumor the last couple of days with the players. That would be unbelievable to play Augusta with no patrons,” said Horschel.

Of course the players can still do their jobs with or without spectators, but 2010 US Open champion Graeme McDowell said that golf wouldn't be as exciting without the fans providing the atmosphere.

“The fans bring the atmosphere, they bring the pressure, they bring the edge coming down the stretch. Without that it just wouldn’t be as exciting,” McDowell said. “It would be like making a 3-pointer in a basketball arena without the crowds. That’s what it’s all about. It gives you that buzz, that adrenaline. It is going to affect our job in the next six months in some way, shape or form, you’d imagine. I just hope it doesn’t affect things too heavily.”