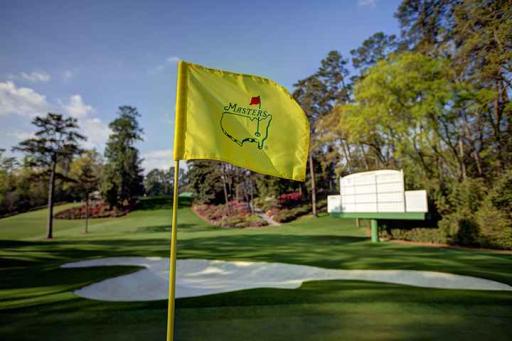 A golfer who won 2020 Masters badges thrugh the lottery for this year's tournament claims the hotel where he has booked a room will not refund his money, according to a report on Golfweek.

Ken Goss, who was looking forward to attending his first Masters since 1994, had booked to stay at a local hotel from April 6 but was shocked to discover his credit card was charged on Thursday night.

RELATED: JACK NICKLAUS DOES NOT BELIEVE THE MASTERS WILL HAPPEN IN 2020

The Masters was officially postponed by chairman Fred Ridley on Friday due to the coronavirus outbreak that has turned the world upside down, with reports claiming the year's first major at Augusta National could now be rescheduled for later in the year.

"They weren't supposed to bill my card until I arrived on April 6," Mr Goss told Golfweek. "It seems like they're money grabbing."

The report also claims how one patron is hoping his rental agreement for this year's tournament carries through to the rescheduled date.

"From a renter’s standpoint, we just hope that everything will be honored at that time, and we will certainly honor our contract when the Masters takes place," David Dunagan told Golfweek. "We’d like for everything to be the same, except the dates."

However, Jack Nicklaus, record 18-time major champion and six-time winner of The Masters, does not believe The Masters will take place this year.

One golf fan who rented a home for the tournament, claims a clause in his rental contract provides only for cancellation, not postponement, and it must be cancelled by April 6.

It would appear many people could be out of pocket the longer a decision about the staging of The Masters goes on.

Reports claim the cancellation of The Masters would cost the city in the region of $120 million.

Previous
WATCH: Golfer has an absolute mare in the water
Next
PGA EuroPro Tour cancels its entire season due to coronavirus