Matt Kuchar has a three-shot lead after round one of the Genesis Invitational. 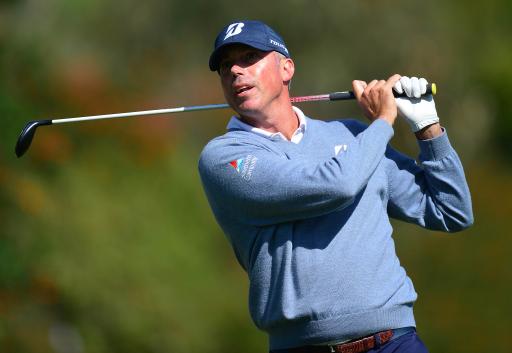 With the most exciting field so far of 2020, it's Matt Kuchar who sits at the top of the leaderboard after round one of the Genesis Invitational at Riviera.

The nine-time PGA Tour winner shot a seven-under par round of 64 on Thursday, three better than the five-man chasing pack, as the Riviera greens proved to be a tough task to handle.

Rory McIlroy, who recently reclaimed the world No.1 spot, got off to a slow start but made two eagles in three holes to go on and shoot a three-under 68.

Tournament host Tiger Woods made an eagle at the par-5 first and opened his first nine holes with a fantastic 31, but lacked the accuracy he needed on the back nine to slip down the leaderboard into T17 at two-under par.

Woods, who is looking to make history this week, produced some incredible shots throughout the day. Watch his highlights below:

It was an up-and-down round for @TigerWoods on Thursday @TheGenesisInv. pic.twitter.com/x4MhREogUG

Brooks Koepka, who will be keen to get back on top of the world rankings this week, couldn't quite find his momentum but finished two-under par to keep himself well within reach, while Race to Dubai champion Jon Rahm finished one shot further back at one-under.

Kuchar made the difficult West Coast course look easy at times, making birdies at three of his first four holes and rolling in a 30-foot putt for another at 18.

The 41-year-old made three more birdies as he made the turn, starting at the par-5 first (his tenth), before adding two more at the fifth and eighth.

Nine of the world's top ten all feature this week, with Patrick Cantlay, Jason Day and Bryson DeChambeau all in T7 at three-under par, while Justin Rose joins Woods in T17 and a difficult start for Xander Schauffele, Dustin Johnson and Justin Thomas sees the American trio all over par after their opening round.

One of the highlights of the day was Jon Rahm at the par-3 sixth.

The Spaniard found the green but opted to use his wedge instead of his putter, beautifully pitching the ball into the slope and letting it turn towards the hole, before tapping it in for par.

An up-and-down... from the green?@JonRahmPGA avoids the bunker in the middle of the 6th green perfectly. pic.twitter.com/QLNagAiUU1