Rory McIlroy says if he plays like he did last week - when he missed the cut - he could win at Travelers. 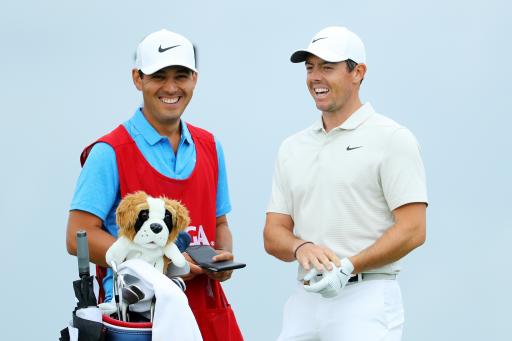 Rory McIlroy came into the season without a win since 2006. The pressure was mounting, the critics growing.

The monkey was slayed at the Arnold Palmer Invitational in March, but following near misses have raised concern.
Still, as Rory points out, near misses are better than completely missing altogether.

“I feel like I’ve had five realistic chances to win this year, and I’ve been able to close out one of them. That’s a bit disappointing, I guess,” McIlroy said. “But at least I’ve given myself five chances to win golf tournaments, which is much more than I did last year.”

“There’s been some good golf in there. I feel like I let Dubai and Wentworth get away a little bit.”

McIlroy saw a 2018 Masters surge fade on Sunday – which became Reed v McIlroy on the final day – and a missed cut at the US Open last week saw his wait for a fifth major extended.

“I didn’t necessarily play that badly last week. I feel like if I play similarly this week, I might have a good chance to win,” McIlroy said.

“I think when you play in conditions like that, it magnifies parts of your game that maybe don’t stack up quite as good as the rest of your game, and it magnified a couple of things for me that I worked on over the weekend.”

Today McIlroy tees it up in the Travelers Championship.