McIlroy: everyone will want to play with Molinari at Ryder Cup

After his Open win Francesco Molinari will be hot property in Paris, says Rory. 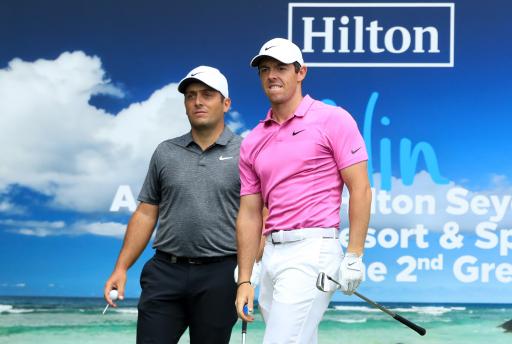 The Italian broke his major duck last week at the Open after recently winning his first PGA Tour event and landing the European Tour’s main event, the BMW PGA at Wentworth.

And that’s why Rory thinks Europe’s best players will be battling to play alongside the Italian at Golf National.

McIlroy said: "He's always been a great player but, with how he's played this year, there's just maybe a little more belief. I played with him the final day at Wentworth, where he won, and he didn't miss a shot.

"So there's going to be a lot of European guys vying for his partnership in the foursomes at the Ryder Cup, that's for sure. He's a fantastic golfer and he's a great guy."

Molinari has played in two Ryder Cups previously - in 2010 and 2012 - famously halving his match with Tiger Woods at Medinah to win the Cup for Europe.